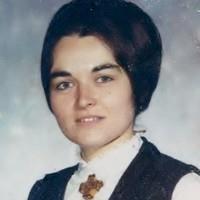 At the young age of 15, Sharon believed God was calling her to the religious life and joined the Dominican order of nuns in Oxford, MI. Following Dominican tradition, she took the name Sr. Mary Patrice. She graduated from Sacred Heart Major Seminary in Detroit, then taught at Catholic schools in and around the Detroit area from 1963 – 1971.

Patrice was known as a gifted teacher who loved art and music. She taught in the Montessori tradition, which sought to make the learning experience one of discovery and fun. She was an imaginative teacher, her classrooms creative spaces. She could transform an ordinary space into a magical place. She liked to change one thing in the classroom each day and to challenge students to find that thing. The exercise taught students to be aware of their environment and find wonder in it. Many of her former students still remember her. One of them, Louise Borkowski, became an accomplished artist and community college teacher in southeastern Michigan; she says her love of art came from Patrice.

Patrice was musical: loved music, played the guitar and incorporated music into her teaching and her life. When she played and sang, or even spoke, she could mesmerize an audience. One friend remarked: "What a blessing and joy she was! Her voice was music; she sang when she talked. Her vision was so colorful, always playful. Her insights were loving and creative.”

In the late 1960s, Patrice became involved in the spiritual awakening of the growing Charismatic Renewal movement in Ann Arbor and beyond. During the 1970s, along with well- known teachers like Brother David Steindl-Rast, Fr. Basil Pennington, Ralph Martin, Steve Clark and others, Patrice for a time became a sought-after speaker who led retreats and workshops throughout the United States and Europe. She spoke regularly on centering prayer, looking to eastern religious practices to enrich western practices. She also practiced and taught Tai Chi. Watching her slow, focused Tai Chi movements was a beautiful experience.

Patrice was above all a woman of prayer; she once said it was her secret power. She was an early leader in the House of Prayer movement. She said it was amazing what one persistent prayer-centered person could do. Her family believes that her prayer had a long-lasting, transformative impact on them as well as on extended family and friends.

Sharon-Patrice was predeceased by her parents, Robert E. and Madeline Patterson O’Connor of Pontiac, Michigan; and her brothers, Robert (Rod) O’Connor of Rocklin, California, and Michael P. O’Connor of Leland, Michigan. After leaving the Dominican Order, she was briefly married to David Kolodziejczyk and had one child, Joy.

She is survived by her daughter, Joy Kolodziejczyk, of Wisconsin; her brother, Thomas P. O’Connor, of Harrisonburg, VA; sisters Caroline O’Connor of Louisville, Colorado, and Julie Katherine O’Connor of Yucaipa, California.

Sharon-Patrice was buried on February 7, 2020, at Mount Hope Cemetery in Pontiac, Michigan.

Upon hearing of Sharon Patrice's death, I think my friend, John O'Keefe, speaks for all of us when he wrote, simply, eloquently:
"What a blessing and joy she was to me! The Lord holds her close. Her voice was music; she sang when she talked. Her vision was so colorful, always playful. Her insights were loving and creative. Tom, I'm sorry you lost her for now."
I would only add, personally, she saved my life! And I will see her again.
Thomas Patrick O'Connor

Never miss an update about Sharon. Sign up today.