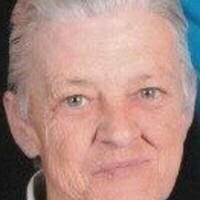 Shirley Mae Boudreaux, 76, of Slidell, Louisiana, passed away at her residence on Wednesday, July 15, 2020. She was born on February 18, 1944 in Donaldsonville, Louisiana and resided in Pierre Part, Louisiana for 34 years. She moved to Slidell, Louisiana in 2004 where she resided until the day of her passing.

Shirley, known to many simply as Nannie, never met a stranger. She was one of the most selfless people to walk this Earth and would give you the shirt off her back before even being asked. She spent most of her life working as a para-professional in Napoleonville, and once retired, she became a substitute teacher in Slidell. She received awards for substitute of the year which truly made her feel special. She enjoyed working with children and loved the teachers and staff at the school. While she never married or had kids of her own, she had many people to love and mother. Shirley was 9 years older than her sister and Barbara idolized her. At a young age, Barbara called her “Turley” and followed Shirley anywhere she could. One of the biggest highlights of Shirley’s life was the day her first and only nephew was born. She instantly fell in love with Nick and would refer to him as her “baby boy”. She moved to Slidell and became the primary care giver to her mother and chose to stay after her mother passed. She found comfort in knowing her family was close and knew that she could count on her brother-in-law, Steve, to help with anything she asked. Shirley never considered herself a dog person, until the day Heather & James moved in with Toby. She immediately took to him and it wasn’t long before Toby was climbing in her bed and eating out of her plate. She also loved Barbara & Steve’s dogs (Little Girl and Mo-Mo) and enjoyed having them over for a visit. When Lulu was brought home, Shirley’s life felt complete. She now had two fur babies to keep her company when she was unable to work herself. Even though her hands would get tired from giving excessive belly rubs, she loved every second of it! Shirley didn’t travel much until she was retired. She experienced Disney World for the first time at the age of 69, falling in love with the fireworks and Christmas lights throughout the parks. She enjoyed going on several trips with her family but being on a cruise was her favorite. Shirley was able to experience 4 cruises during her precious life. She enjoyed the view from her balcony, playing at the casino in hopes of winning, and most of all, she loved the food! Days leading up to the cruise, all she could talk about was how she couldn’t wait to get a hamburger for lunch and see the wait staff dance at dinner. Shirley was a huge LSU fan and enjoyed watching WWE wrestling- ensuring never to miss a match! She was one of a kind and will truly be missed by many.

Relatives and friends of the family are invited to attend the Funeral Services at HONAKER FUNERAL HOME,

Visitation on Friday after 12:00 P.M. until funeral time. Face coverings are required.

In loving memory of a wonderful person who often put others first before herself. We will love you and miss you always.

Such a wonderful soul. She will truly be missed.

We will truly miss you, Ms. Shirley. Thanks for all of your love and for always being there.

Barbara, I am so sorry for your loss. I remember Shirley from my time at BWE. She was always friendly and happy.

Our sweet Ms. Shirley, I am thankful for our time together at Mayfield. My class and I absolutely adored you. You always brightened our day with your kindness and warm smile.

Miss Shirley, I will miss your smile and kindness so very much at Bayou Woods Elementary. I know you are at peace in Heaven now. Miss Barbara, my prayers are going up for you and your family. I am always here for you. Love and hugs.

Shirley was a wonderful and loving friend! I will miss her!

Barbara, may the love of friends and family carry you through your grief. Rest In Peace Shirley. You were loved and will be missed.