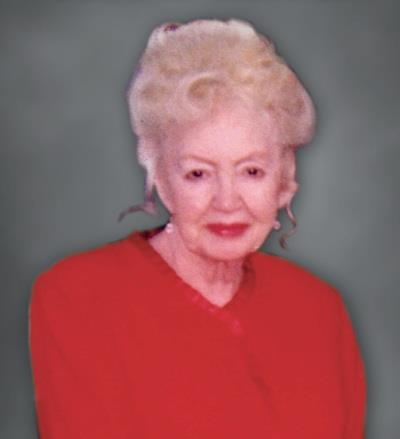 Shirley was born in Lancaster, and raised in Clinton, daughter of Edmund and Elsie (McKeown) Merrill. She attended local schools, and was a long-time resident of Bolton.

Before raising her family, Shirley had been employed at the former Wovencraft Co., Clinton.

She enjoyed playing Bingo, and trips to Foxwoods.

Shirley’s funeral will be held on Saturday, January 25, 2020 with a Mass at 11:00 a.m. in St. John the Evangelist Church, 80 Union St., Clinton. Burial will follow in St. John’s Cemetery, Lancaster. Please go directly to the church. There are no calling hours. McNally & Watson Funeral Home, 304 Church St., Clinton, is directing arrangements.

Aunt Shirley you were just the sweetest person I know. I really miss the times we all got together and laughed and danced the night away. I know my mother is very happy to have you with your family and I'm sure your happy to be with them. Thank you for being my Godmother, give my mother hugs and kisses for me. Love you.

Aunt Shirley you lived a long happy life. I will always remember you for your kindness, big heart, patients, soft spoken voice, your hair always in place, red lipstick and beautiful soft skin. I know that you have gone to a better place to be with your loved ones you have missed. May you rest in peace.