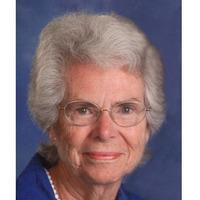 Shirley was born in Binghamton, NY, October 5, 1933 to her parents, Marshall Ward Stanton and Agnes Lozier Stanton Yager. Through a series of circumstances and her parents' divorce, she never came to know her father personally. She grew up in Paramus, NJ with her grandmother, mother, and brother in an 1805 farmhouse.

At the age of eight, she came to know Christ as her personal Savior and at the age of 13, she was baptized by Jack Wyrtzen at Word of Life Camp in Scroon Lake, NY. She has strived to know, honor, and love the Lord ever since.

She earned a Bachelor of Science degree in Nursing attending West Sub in Oak Park for 3 years and then Wheaton College in Wheaton, Illinois for 2 years. She worked as a nurse at a school, at Camp-Of-The-Woods in NY, in the maternity ward at Baylor Hospital in Dallas, at Four Seasons retirement home and 16 years in Mother/Baby Care at Central DuPage Hospital in Winfield, IL.

She met her husband, Marvin, at a wedding of mutual friends in Wycoff, NJ. One year later, those friends were in Marvin and Shirley’s wedding in Westwood, NJ. Shirley is survived by her husband of 62 years, Marvin, her brother Bill (Jan) Yager, her children Cheryl Mayer, Janice (Rick) McKinley, Bonnie (Jimmy) Young, Diane (Curt) Largent, and Daniel (Tyese) Mayer, 15 grandchildren and 15 great-grandchildren, whom she dearly loved. Shirley was preceded in death by her parents, Marshall Stanton and Agnes Yager, as well as her grandson, Zachary Young.

Shirley became a member of College Church in Wheaton in 1965. As a member, she served as chair of the Missions Board, as a deaconess, as a Stephen Minister and as a loving member of the church community.

Throughout life, she was known by her children and anyone she would meet as a sweet and loving woman who was ready to help anyone. She certainly qualifies as the woman of Proverbs 31, who was an excellent wife and lover of her children. She was a virtuous woman in many ways and worthy of the Lord’s praise.

For those unable to attend the service at College Church, a livestream will be available here: https://www.youtube.com/watch?v=_8euSkDylNE

Memorial gifts may be directed to Missionary Athletes International (MAI).

In loving memory of a wonderful sister-in-law. I will love you and miss you always!

A truly lovely lady; so very caring and sweet. I was so glad to know Shirley during our years at College Church. May God grant Dr. Mayer and family His peace and courage as you face this time of mixed loss and celebration.

We are sending our prayers for you, Marve, and to the Mayer families. We are so happy that Shirley is now in peace with her Heavenly Father and are thankful for her wonderful life here on Earth with us and many others all around. With our love and our prayers for you all. Jan and Tom Kay

We are very sorry to hear of her passing, but thankful that she is now with the Lord. She was a dear witness for her Savior.

We were blessed to know Shirley Mayer. She faithfully attended the worship services at Windsor Park with her husband Marvin. They were devoted to each other. Shirley was a member of Treble Clef, a ladies singing group at Windsor Park. She was a pleasant and kindly woman who loved the Lord. Her faith has become sight. Our condolences to the family.

I first met Shirley when she was a nurse at Camp of the Woods in upstate New York in the l950's, and she "took care of me" with whatever accidents or ailments affected me as a staff member! It was wonderful to meet and become friends with her daughters later in the '70s when we moved to Wheaton. Our condolences to the famly in her passing on to Heaven.