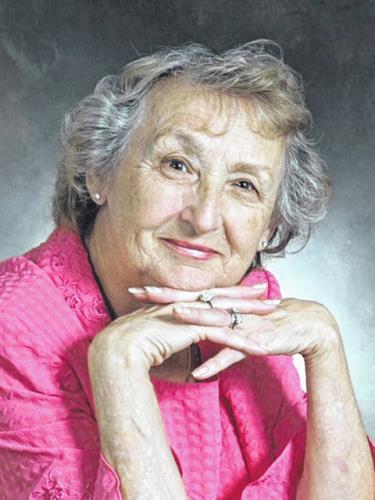 WEST UNION-Shirley Collins Waugh, age 85, of West Union, and a former resident of Wellston, Jackson, and Venice, Florida, passed away Sunday, February 16, 2020 at Monarch Meadows Nursing Facility in Seaman, Ohio. She was born January 29, 1935 in Wellston, Ohio, daughter of the late Raymond Charles Collins and Madelyn Grace Brohard Collins. Shirley graduated with the Wellston High School championship class of 1952. She was a former teller at National Bank in Portsmouth, a former agent for Metropolitan Life Insurance Company, and a former secretary for Heartland Hospice in Portsmouth. Shirley was musically talented and enjoyed playing the piano. She was a member of the Christ United Methodist Church in Venice, Florida. Shirley is survived by her children, Janie Diozzi (Joe) of Columbus, Diane Bowen (Bill) of Portsmouth, and John Waugh (Linda) of West Union; grandchildren, Jennifer Bowen, Billy Bowen (Terra), Rob Waugh, Stephanie Porter, Suzanne Ellers (Mike), April Lake, and Andrew Waugh; sister, Jane Hatten of Venice, Florida; brothers, Tom Collins (Maria) of Miami, Florida, Joe Collins (Minnie) of Bellevue, Florida, and Dan Collins (Patty) of Cleveland, Oklahoma; along with 15 great-grandchildren and several nieces, nephews, cousins and friends. Besides her parents, Shirley was preceded in death by her husband, William E. Waugh in 1982; and her brother, Richard E. Collins. Calling hours will be Thursday, February 20, 2020, from 11 A.M. to 1 P.M. at the McWilliams Funeral Home in Wellston. Funeral service will follow the calling hours at 1 P.M. with Rev. James Waugh officiating. Burial will be in the Ridgewood Cemetery. Online condolences can be sent to the family at www.mcwilliams-funeralhome.com.

shirey was a good friend from westley church long ago . she wrote letters for me when i attended emmaus walks. I will miss here and pray for the family.
LOve julie tim and jim todd

Dear Waugh Family,
Keeping each of you in our thought and prayers at this time.
Sincerely,

So sorry to hear this news about Shirley! My prayers to all the family! I have lots of good memories about all the fun we had!