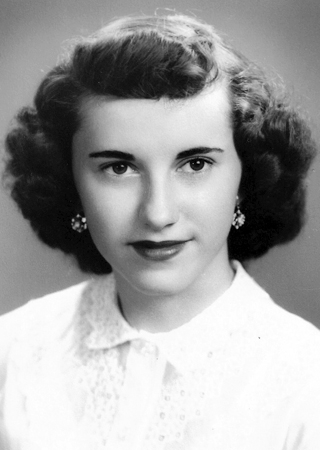 MATTOON - Silvia E. Olmstead, 83, of Mattoon passed away at 4:30 AM, Wednesday, January 13, 2021 peacefully at Arbor Rose Memory Care of Charleston after a long battle with Alzheimer's disease.

Services will be private. Burial will be in the Toledo Cemetery. The Barkley Funeral Chapel is assisting the family.

Silvia was born on January 31, 1937 to mother Beulah (Croy) Wicke and father Fred Wicke in Toledo, IL, the youngest of six children. After graduating from Cumberland High School, she married Roger G. Olmstead in 1954. They moved to Mattoon where she became a loving mother to six children. She worked at the Brown Shoe Factory and the General Electric Plant in Mattoon where she retired after 25 years.

Silvia took great joys in being a mother and a grandmother to her seven grandchildren. She had a wonderful love of gardening and we will always think of her surrounded by her lovely roses, peonies, and many trees and wildflowers in her yard. She was a caring mother, often rising exhausted after the evening shift at General Electric to help her children with last minute cookie baking or projects for school. She loved being a grandmother and cherished time with her seven grandchildren. At the time of her death, she also was blessed with 10 great-grandchildren born in the last decade. Prior to her illness, we had many wonderful gatherings at Grandma Silvia's house over the years. She had much enjoyment in her later years traveling with her beloved sister Wilma all over the Midwest and beyond on their adventures. Although divorced in later years from her husband Roger, they reunited as friends shortly before his death in 2010.

In lieu of flowers, please consider a gift to the Alzheimer's Foundation of America, https://alzfdn.org/support-us/donate/. Online condolences can be expressed at www.barkleyfuneralchapels.com.

Never miss an update about Silvia. Sign up today.