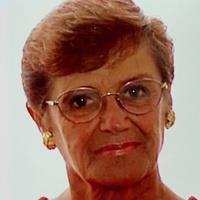 Sondra Gayle Williamson, age 84, passed away peacefully surrounded by her family on June 25, 2021. She was born in Long Beach, California on October 28, 1936 to John and Madeleine Paap and graduated from St. Anthony’s High School. She met and married Albert Williamson, the love of her life, who preceded her in death in 1996 after 41 years of marriage. Together they had four children: John, Jane, Jay and Jennifer.

Sondra was a beautiful person who loved life and was accepting of everyone she encountered. She spent her life caring for her “family” which extended well beyond her husband and four children.  Her home was open to all, and she enjoyed hosting and preparing lavish spreads for any occasion. She was known for her Christmas brunches for the entire neighborhood. She was always good for a quick, clever, funny or sarcastic remark to break the ice. We will miss her wit, wisdom and humor tremendously. Sondra enjoyed traveling around the world with a particular fondness for Hawaii and Scotland. She made friends everywhere she went.

The family especially wants to thank the staff of Villa Redondo Assisted Living Facility for the loving care they provided to Sondra (“Momma”) in the final months of her life.

In lieu of flowers, donations can be made in her memory to Miller Children’s & Women’s Hospital Long Beach Foundation.

Never miss an update about Sondra. Sign up today.