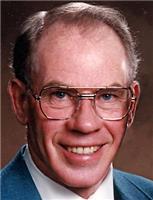 MONMOUTH - Stanley Eugene Fowler, 90, Monmouth, died at 8 p.m. Feb. 23, 2019, at Monmouth Nursing Home.
Born near Smithshire on Jan. 12, 1929, to Rheuben and Miriam (Allen) Fowler, he married Helen Leatha Hawk on May 26, 1951, in Harrisburg. She died June 13, 2015.
Stanley's life belied the old adage, "Jack of all trades but master of none." He was a master of many skills and abilities, which he freely used to benefit others. Although making his living as a certified electrician, he was also an excellent carpenter, farmer, gardener, mechanic and inventor.
Stanley grew up on farms in Warren, McDonough and Adams counties, with his family eventually settling in Youngstown. He attended several one-room schools before graduating from Roseville High School.
He served in the Army artillery in England and Germany during the Korean conflict (1951-1953) and was discharged a corporal. He then worked as a farm hand for two years before learning the electrical trade at night school under the G.I. Bill. He became an apprentice electrician for Hines & Harris in Monmouth (later Hines & McClintock), doing commercial and residential work for 28 years.
A member of Illinois Brotherhood of Electrical Workers for 55 years, he ended his career working on nuclear power plants out of town and returning home on weekends.
Stanley was active in the Church of the Nazarene, helping to build the Monmouth church and serving in a number of church offices. He was always on hand - doing maintenance, making shepherd crooks for Christmas pageants, or serving as a Wise Man when the pageant was short of children. He later was an active member of the Roseville Nazarene Church.
Although conservative in lifestyle, Stanley had two longtime passions - automobiles and airplanes. He traded cars frequently, always looking for models with the latest features. He also took flying lessons and became a member of Monmouth Flying Club, owning two different airplanes with his brother-in-law Arlo Hull.
After his retirement in 1983, Stanley began a strict regimen of healthy diet and exercise, earning himself the nickname "the Jack LaLanne of Monmouth." He bicycled and walked countless miles and it was not unusual for him to walk 12 miles to Cameron and back. He remained physically active well into his 80s, even after open-heart surgery. Just months before entering the nursing home in 2017, he tethered himself with a rope in a tree, cutting limbs with a chainsaw.
Having grown up on farms, Stanley had lifelong affinity for animals of all kinds. He became known in the neighborhood for his ability to tame squirrels and feral cats.
Unwittingly, Stanley became a longtime landlord. He once offered his son, Ron, the use of his garage for two years as a beauty parlor. Forty-six years and a number of remodelings later, he was still collecting rent on the former garage.
Survivors include his son, Ron Fowler of Monmouth; and a brother, Larry Fowler of Joplin, Missouri. Also, special friends Terri and Jeff Rankin, Monmouth; Debbie and Ben Sells, Galesburg; and Jim and Kristi Thurman, Galesburg.
He was preceded in death by his parents, his wife, two brothers and two sisters.
Funeral will be at 10 a.m. Thursday, Feb. 28, 2019, at McGuire & Davies Funeral Home and Crematory in Monmouth. Interment with military honors will be in Warren County Memorial Park in Monmouth. Visitation will be 5 to 7 p.m. Wednesday, Feb. 27, 2019, at the funeral home. Due to his informal lifestyle Stanley requested that casual clothes be worn to his services. Memorial contributions can be made to Roseville Church of the Nazarene, Monmouth Nursing Home, or Western Illinois Animal Rescue Inc. (WIAR). For more information or to leave an online condolence, please visit www.mcguireanddaviesfuneralhome.com.

Wishing you peace to bring comfort, courage to face the days ahead and loving memories to forever hold in your heart

I am sorry for your loss. May prayer comfort you.
1 Thessalonians 5:17 "Pray constantly."

Stanley was a very likable man. We lived quite a ways apart, but he and my aunt Helen would always make trips up from Monmouth Illinois to Beloit Wisconsin to visit my parents. My parents introduced him and his wife Helen, which made for a long lasting relationship. He was a very good story teller and had a great sense of humor. I know he'll be missed by family and friends. My condolences go out to my cousin Ronnie.
Sincerely, Joel McIntyre

Never miss an update about Stanley. Sign up today.