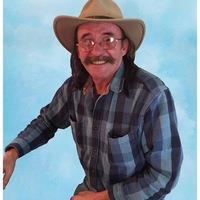 Stephen Charles Cummins passed away at his home in Blackfoot, Idaho.  He was born February 11, 1957 in Idaho Falls, ID to William Blaine Cummins and Evelyn DaLayne Monson.

At the early age of 3, Steve and his brothers Bob and Frank were adopted by their mother’s new husband, Clarence “Lee” Capson.

He grew up in Blackfoot and in the summer of 1975, after his senior year, he married his high school sweetheart, Jacquie Spackman.  They later divorced.

Steve moved to Denver, Colorado and met Kelli Peach and they married in 1981.  From that union came his first son, Nicholas Stephen Capson in 1983.  That marriage ended in divorce.

While in Denver he worked for a small trucking company, Thomas Transfer.  He handled trailers and containers at the Burlington Northern Intermodal Railyard in Denver. He was promoted to supervisor and managed the teams that loaded and unloaded trains. That was where he met Valerie Hughes. The two married in 1986 and moved to Valerie’s hometown of Lincoln, Nebraska.  This is where their son, in 1989, Gavin David Cummins was born.  Stephen was hired by Eagle Systems and continued his career in the intermodal industry at the Burlington Northern Intermodal Hub in Omaha, NE.  He quickly advanced to management again. In 1991, he accepted a promotion and transfer to Seattle, WA to manage the Tukwila Burlington Northern Intermodal facility. In 1994, Skyler Stephen Cummins was born.  Steve’s expertise in his field had he and his family transferring once again.  This time to Birmingham, AL in 1995 where he was the Terminal Manger for the combined facility of the Norfolk Southern and the Burlington Northern Railroads.  The family’s last move was to Idaho in 1997 and back home for Steve.  Once home he and his long-time friend Al Knox began a construction business together.  Finding it wasn’t enough of a steady income to support his family, Steve started driving a cement truck at Valley Ready-Mix in Idaho Falls and then Horrocks Ready-Mix in Blackfoot. Steve and Valerie were together almost 20 years before that marriage ended in divorce.

Steve moved to Minneapolis, MN in 2006 to share his life with Carolyn Miller.  Steve moved back to Blackfoot in 2016 and for years tried convincing Carolyn into moving there with him.

After his return to Blackfoot he spent a few years at Basic American Foods as an operator in many different capacities. Steve took an early retirement in February 2019.

Steve had a love for fishing, and he passed that love on to his sons.  Gavin and Skyler learned to fish from their father, and still retain that love. Many evenings were spent fishing on the Snake River behind their home in Wapello, sometimes traveling just to be on the water together. This passion developed into many weekend trips to different destinations, to camp, fish, and spend time on the water. A good deal of those trips included Steve’s Uncle Dennis Cummins and his family camping at various streams and family reunions at Lake Alturas. Steve and son Nick spent a week last year fishing together in Idaho. Nick’s favorite hobby and pastime is on the water.

Steve is survived by his Mother DaLayne Woods of Murray, UT, sons Nick Capson of Casper, WY, Gavin Cummins of Clearlake, CA and Skyler Cummins of Boise, ID.  Brothers Frank Cummins of Pocatello, ID and Bob Cummins of Phoenix, AZ. And numerous uncles, aunts and cousins on both the Cummins of Arco family and the Monson family.

Please join us in a celebration of life for Steve at the Blackfoot Elks Lodge, 123 N Ash Street from 4:00 p.m. to 7:00 p.m. on Thursday, February 20, 2020.  As per Stephen’s wishes he was cremated, and his ashes will be spread at some of his favorite fishing holes.  In lieu of flowers the family is asking that donations be made to Idaho2Fly.com in his name.

Stephen was an amazing coworker. I will never forget when he saw me working having a hard day, he said "Koda you are doing a great job" he always had a smile on his face. And knew how to make people laugh.. He will be missed..

Never miss an update about Stephen. Sign up today.