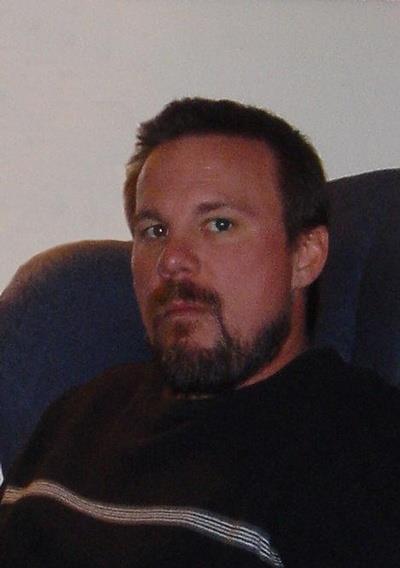 He worked for the FAA as a network engineer for many years and was Christian in faith. In his spare time, he enjoyed watching the Dallas Cowboys, shooting guns, and spending time with his family and friends, especially his sons.

He was preceded in death by his parents and one son, Christian Jack Williams.

Stephen is survived by his two sons, Hudson Cole Williams of Oklahoma City and Byron Ethan Williams of Bridge Creek; one sister, Deborah Mason and her husband, Mark, of Texas; one brother, Byron Johnson of Texas; the mother of his children, Tina Williams, of Bridge Creek; and many other loved ones and friends.

Memorial service will be held at 11:00 A.M., Thursday, February 28, 2019, at the Eisenhour Funeral Home Chapel in Blanchard. Arrangements are under the direction of Eisenhour Funeral Home of Blanchard. In lieu of flowers, the family requests that memorial donations be made to Jesus House, P.O. Box 60369, Oklahoma City, OK 73146, or online at www.jesushouseokc.org. Online obituary and guestbook are available at www.eisenhourfh.com.

I'm so sorry . I just found this while looking for my gradeschool best friend. Steve was like my big brother. I miss him and Byron. Once again ,so sorry. He was always a brother I looked up to and respected.

I worked with Steve at the FAA. He sat just across the lab from me. I only worked with him for a short period, but I know he had a strong faith in the Lord. We would talk frequently about issues of faith. My heart goes out to family and friends. So sorry for your loss.

Oh how we loved him and will miss all those long conversations. He was special to our whole family. Wish we could be there! Our love and sympathy to all.
Love Uncle Jack, Aunt Margaret and family.

My heart sank as I heard about Stephen's passing. I will always remember the first time I met him...I had just moved in across the street in Bethany after a very difficult first seven years of my life. Stephen, Arlene, Deb, and Byron are like family to us. I remember how excited he was when his little baby brother, Byron, was born. After Jack's passing, I had the opportunity to reconnect with Stephen, remember good times, and my wife and I enjoyed a dinner with him at an OKC BBQ restaurant....

Our prayers go out to all the family and friends. So sorry for your loss.

Love, hugs and prayers for peace to his family.

We shall hold forever the ball field memories..... come on Jack!!!or even wheeeewwww hit it Tennessee......thats my boy!!! This man made himself be heard!!
May you find comfort in each others arms. We will hold your family close to our hearts and in our prayers.
The Cook Family
Roy, Sherry, Austin

Never miss an update about Stephen. Sign up today.