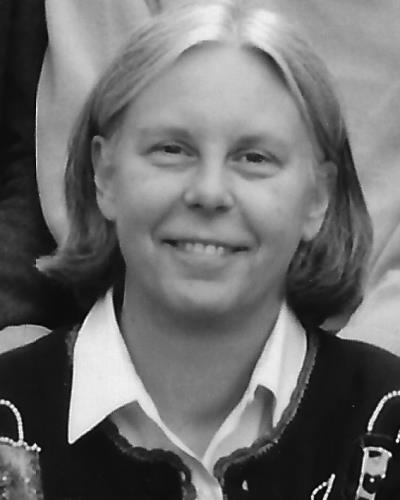 Not the right person? See All ›
LOCATION
Philadelphia, Pa, Pennsylvania

71, daughter of the late Betty and Austin Lee, passed away on June 25.

Born and raised in Philadelphia, she attended The Philadelphia High School for Girls, graduating in 1966, and then Connecticut College, graduating in 1970 with a B.A. in Economics. Sue received an M.A. in Student Personnel Administration from The Ohio State University and remained a devoted Buckeyes football fan for the rest of her life. After returning to Connecticut College to work as a Career Placement Officer for several years, Sue enrolled in The Wharton School of the University of Pennsylvania and received her MBA in 1976. She then began a 27-year career at Northern Trust Company in Chicago during which she served the bank in various capacities, primarily in Chicago but including assignments in New York, London, and Stamford, CT. At the time of her retirement in 2003 she was the Chief Administrative/Operating Officer for Northern Trust Global Investments. During her time in Chicago, Sue became an avid Chicago Cubs fan, particularly rejoicing in the Cubs long-awaited World Series victory in 2016. An unfortunate accident in 2005 left Sue quadriplegic, and she remained in the Delaware Valley thereafter to be close to her family. Although confined to a wheelchair and dependent on a ventilator, she persevered in the face of her disability with determination and outlived her life expectancy by many years. Sue continued to follow business, politics and sports closely and to enjoy music which provided pleasure and comfort to her throughout her life. Above all else, she remained devoted to her friends and family and particularly enjoyed visits from her group of Connecticut College friends and her former Northern Trust colleagues as well as her nieces and nephews. Sue is survived by her sister Nancy Lee Papay (John) and her brothers Thomas H. Lee, II (Mary McTernan), and Robert A. Lee (Nancy) as well as her nephew John P. Papay and her nieces Kate Weingart, Elizabeth Lee and Rebecca Lee. In lieu of flowers, contributions may be made in her honor to Connecticut College (270 Monhegan Avenue, New London, CT 06320) or The Apollo Chorus of Chicago (332 S. Michigan Avenue, Suite 121-A37, Chicago, IL 60604). Services entrusted to West Laurel Hill Funeral Home, Inc., Bala Cynwyd, Pennsylvania. westlaurelhill.com

Condolences to the family. I have known and cared for Miss Lee since she was at Riverside. We shared many stories over the years and and even shared some tears. She will be missed.

classmate and friend of the 210 class, Philadelphia High School for Girls, I remember Susan as a gentle soul with a sweet disposition. Sympathies to her family and friends.

I worked with Susan at Northern Trust Chicago. She was my division manager. She was firm, but she was a kind and considerate person. I have fond memories of working with her.

Please accept my condolences . I'm so sorry for the loss of your loved one. May the word of God comfort and strengthen you. 2 Thessalonians 2:16,17

worked with Susan at Northern Trust and our paths crossed often as we both lived in Evanston. She was so bright and analytical yet very unassuming and had a great sense of humor. Weve exchanged Christmas cards since her accident and I was always amazed at how upbeat she was despite the tremendous change in her life. Her love for her family was so apparent. My condolences to all of you.

I worked with Susan at The Northern Trust Bank. I had four small boys and she would ask me what type of toys to buy for her nephews.
She will be missed.

I"m so very sorry for your loss. I am a Camel alum as well. Prayers to the family.

Ms Lee, Pete and Denise will miss you. We loved caring for you at Cadia and you will never be forgotten. I will miss talking sports with you and bringing you updates on all the scores around sports. Denise will always remember the talks that she shared with you. We still use our serving bowl you gave us for our wedding and will think of you every time we use it. RIP. We are glad youre not suffering any longer. Go rest high.

Never miss an update about Susan. Sign up today.