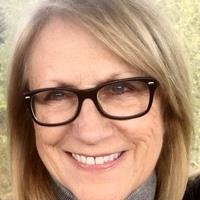 Terrie Suzanne Rogers, 68, passed away peacefully in the presence of her family on September 10, 2021. Terrie was a beloved wife, mother, Mimi, sister and devoted friend. She will be dearly missed by all who knew her.

Terrie was born March 27, 1953, in Dallas, Texas to Terry Emory Allen and Mildred Modene Whisenhunt. She graduated from Arp High School, Arp, Texas, before attending Kilgore College, Kilgore, Texas. At Kilgore College she was a member of the Rangerettes.

Terrie was one of the first employees hired at Ferguson Beauregard Company where she worked as the office manager for the next 36 years.

Terrie met Jack Rogers while working at Ferguson Beauregard. The couple married on August 24, 1998, in Saint Thomas, U.S. Virgin Islands. Jack and Terrie lived in Tyler, Texas for 17 years, with dreams of retiring to the mountains of Telluride, Colorado. Some of her best memories were spending time with her children and grandchildren in the mountains of Telluride, skiing, and attending the annual Blues and Brews Festival.

Jack and her eventually decided to trade in the dream of living in Colorado when they were invited to the area of Kemah, Texas by their friends Joe and Anne Murdock. Upon having dinner with Joe and Anne, Terrie decided then and there, that Kemah was the place she wanted to live for the rest of her life. So, Jack and Terrie traded in the condo and skis, for suntan lotion and a yacht called the Bella Vita, “Beautiful Life.” Some of her best memories were of her watching her children and eventually her grandchildren play football, baseball, and basketball. Terrie also had great passion for animals of all types, especially dogs and never turned away a stray.

I am so sorry for the loss of your loving wife, mother, sister, daughter, grandmother and aunt.
As the days and weeks pass, and as you return to life's routine, may you continue to feel comforted by the love and support of family and friends.
God bless you all!
(((EXTRA BIG HUGS)))

Terrie is a very special person and will be missed by all of those who knew her. Prayers for strength and healing for her family.

May Heavenly Father bless you and your family in this time of sorrow.

In loving memory of a sweet friend. Prayers of comfort for the family.

Prayers for the family..am very sorry

Never miss an update about Terrie. Sign up today.