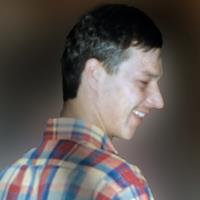 Terry Lynn Meredith passed away in his home on January 30, 2020. He was the last born in Clarendon to the family of Thomas and Frances Simpson Meredith. He attended the Clarendon Schools and graduated with the class of 1979. On December 18, 1982 he married Martha Morris in Holly Grove, Arkansas, officiated by Rev. Charles Flowers. The couple lived in Holly Grove and in time a daughter was born and given the name, Blyss.

He was preceded by; his parents, and his sister Brenda Meredith Rutherford

In lieu of flowers donations may be given to: John 3:16 Ministries, 75 Holmes Road, Charlotte, Arkansas 72522

To Mitch & Meredith : Sorry for your loss. Prayers for your families.
- Chris "Catman" Thomas CHS 1998

Terry you will be missed ❤

I am so sorry for your loss prayers for you and your family. always remembered him by his wife and daughter.

Martha and Blyss, I am so sorry for your loss! May God bless you and your family in this time of sorrow.

Prayers for comfort for all of Terry's family.

May God bless you during this time.

Prayers for the family. Terry and my son Bobby were friends for years.
So sorry.
Sandy J Shaban

Prayers to family and friends

Never miss an update about Terry. Sign up today.