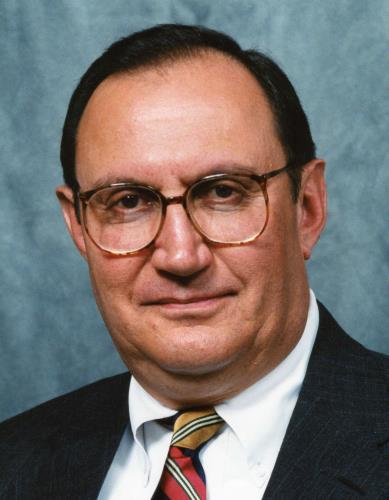 sending Prayers to the family of Mr. Goldsmith. It was my pleasure n honor to meet n work for you. R. I. P

Tim, I am so sorry for your loss. What a great man who served our country and community. He will be missed. Thoughts and prayers for the family.

My condolences to the family. Mayor Tom was always an enjoyable conversationalist: dry humor, wit and intelligence. Our collaboration in 1999 to secure funding for the soon-to-be Weller Center (modern day Easton Market) demonstrated his pragmatism and resolve. His insight decades ago that a city's core must be thriving for a city to be well is confirmed over and over again. Surely, he is the original architect of Easton's recent rise. While we can longer see each other downtown to discuss...

My sincere condolences to Tom's son Jim and brother Tim.
I had the privilege to know Tom Goldsmith in a very public way as both a friend and a foe. In both aspects, he always had a sense of dignity and decorum, not to mention a wry sense of humor. I found him, as a friend, to be an exceptionally caring person, who was often reluctant to show that side publicly. I remember one Christmas Eve when he called about some issue, he got on the telephone with my then young sons to assure them...

Mr. Goldsmith it was a honor & pleasure to
have met you and to be one of your care-
givers, you were always so kind and grateful,
Inspite of everything you had to endure, you
did it with such dignity & what stands out the
most among so many of your attributes, when
someone walked into your home you greeted
them with a large smile and thanked them for
coming, even when meeting someone for the
first time. Your courage and kindness will...

So sorry for your loss. May he rest in peace.

Jim and family, I'm very sorry for your loss. My thoughts and prayers are with you all during this time

Tom was a long time friend and confidant. Together we enjoyed many rousing conversations, plus some fine wines. He was a fighter for what he believed in. A true man of integrity, honor, and service.
Until we meet again you are missed!

Tom will be remembered for his many contributions to the Easton Area. May he rest in peace. Our prayers will be with the family.
Sandie Stutzman