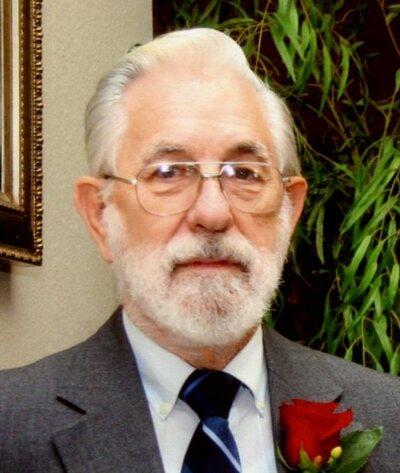 He died Friday afternoon October 22, 2021 at Hospice of East Texas in Tyler from complications of late-stage Parkinson’s, including severe weakness and pneumonia, aged 93 years, eight months.  Graveside service is set for 2 p.m. Thursday, October 28 at Rose Hill Cemetery in Tyler.

Before starting first grade in Dallas, where his parents kept a grocery store on Oakland Ave. through the late ‘30s and most of WWII, he was reared in Beaumont and at DeQueen, Ark.

Tom was graduated from Crozier Tech High School and attended Texas A&M before joining the U.S. Navy in which he served as a photographer and lab manager in Washington, D.C. and the USS Leyte.  He was trained at San Diego and Pensacola and served in 1945-1947.

He returned to A&M then attended the University of Houston, majoring in architecture.  Thomas worked as a draftsman for cotton gin makers and for architects to qualify to take the state exam, which he passed in 1958.  He was wed to Dorothy Genell Peacock on December 22, 1951 and they reared sons Mark (1954), Steven (1955) and Glenn (1958).

They moved to Terrell in 1962 and to Tyler in 1965.  Thomas worked for Simmons and Associates for about eight years and he was a scoutmaster for two troops before opening his own office again.

With Dorothy in real estate next door he kept an office at Beckham Terrace and later on Fifth St and formed a partnership with Terry Westmoreland which later included his son Mark.  Tom was listed in Who’s Who among business and professional persons and was a longtime member of the American Institute of Architects and the Kiwanis.

After Dorothy’s death on June 10, 1984 Thomas was wed to Mary Alice Boudreaux, widow of Malcolm Boudreaux and mother of Brian, Rea and Maureen, on March 18, 1989.

Thomas was preceded in death by his dear Uncle Bill and Aunt Jo Eddins of Wolfe City and by a sister, Mary Christine Johnston.  He is survived by his wife Mary Alice, his sons and two daughters-in-law Lisa of Houston and Jessica of Redland, step daughters-in-law Debbie of Palestine and Sharon of Tyler and step son-in-law Eric of Jacksonville; also seven grandchildren and numerous nieces and nephews and other in-laws.

His hobbies and pastimes included camping, tennis, hunting, carpentry, landscaping, painting and reading – including extensive Bible research.  He was a member of First Baptist Church of Tyler for many years and had recently joined Bethel Baptist, having also attended Grace Fellowship and University Christian.

My thoughts and prayers are with you all. Greatest sympathy for Glenn, Steve, and Mark I remember you all so fondly. I’m sorry for your loss. ❤

Thomas was always gracious at First Baptist Church + appreciate his 2 sons with the one at FBC & his talented engineer wife. Carolyn Halbrooks Bain

Deepest sympathies to the family during this sad time. My daddy, Ben Riggan, was roommate with Tommy post WWII in the West End in Dallas. My dad and mother loved Tommy and Dorothy and spoke of them often. I have fond memories of spending time playing in the woods with the boys. May God hold each of you tightly in the coming weeks and months.

Mary,
We are so sorry to hear of your loss of Tom. We are lifting you up in our thoughts & prayers.
Please let me know of your needs.
Love,
Elva R. Jones
Virginia Pool

Rest in Peace Uncle Tommy, My deepest sympathy to Mary and my cousins, I miss seeing you and talking to you. Hope to see y'all soon, regretfully I will be unable to attend the services.