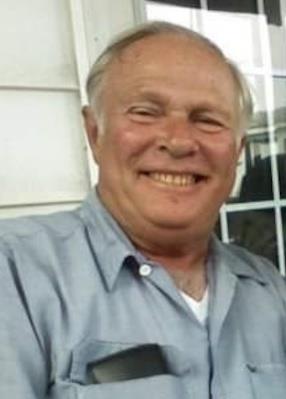 Not the right person? See All ›
AGE
77
LOCATION
Berlin, Maryland

Berlin - Thomas Taylor Lynch, Sr. age 77, died on Friday, August 28, 2020 at Peninsula Regional Medical Center in Salisbury. Born in Berlin, he was the son of the late Mary Louise Taylor Lynch. He is survived by his wife of 35 years, Julia Smith Lynch, and children, Thomas T. Lynch, Jr, Michael Lynch, Anthony Lynch, all of Berlin, Patti Caudill and her husband Barry of Timonium, MD, and Nanci Savage and her husband John of Bishopville. There are five grandchildren, Brian and Adam Savage, Caitlin, Bailey, Kristin Bailey Lyman, Nicholas Bailey, and two great-grandchildren, Kinley and Willa Lyman. Also surviving, is his brother, Jessie Lee Lynch of Longneck, DE, and many nieces and nephews. He was preceded in death by his brother Charles H. Lynch, Jr.

Mr. Lynch had worked as a construction contractor for 40 years. He was a member of Buckingham Presbyterian Church, a retired Berlin Volunteer Fireman, and member of the Berlin Jaycees. He enjoyed hunting and fishing with his Uncle Tom Taylor and spending time with his family. He leaves behind his special friends, dogs Baron and Chase.

Cremation followed his death. A celebration of life will be held Tuesday, September 1st, at 2:00 PM, at the Lynch home, 223 West St. Berlin, MD. (The family requests that you bring a folding chair). A donation in his memory may be made to the Worcester County Humane Society, P.O. Box 48, Berlin, MD 21811. Letters of condolence may be sent via: www.burbagefuneralhome.com . Arrangements are in the care of the Burbage Funeral Home in Berlin.

I was lucky to work in the same place as Mr. Lynch for 3 years. He was always pleasant and helpful and his smile would light up a room. I am so sorry for your loss. He is fondly remembered.

So sad to hear of Tommy Lynch's passing. I hope his family can find peace in his memory and know he affected so many people and always put a smile on our faces. ❤

It is late in the day Tuesday and Hale and I don't do Facebook, so we were very sorry to find out that we had missed the gathering for Tommy's friends. We loved him very much and wish our parting had been better. Hale and I will always remember him as a special person in our lives.

Cousin Tommy and I shared a February 5 birthday. I always awoke to an email birthday wish from him on that date and am saddened to think that will never happen again. Our family nickname for him was "Mouse," to which he responded with great humor. It's hard to let go of our dear Mouse but he won't be forgotten.

I’m so sorry to hear about the death of my high school classmate Tommy. Peace to the family.

At The Lynch Home