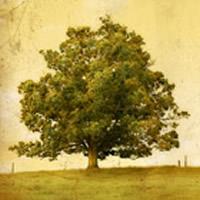 Thomas honorably served our country in the United States Army during the Vietnam Era. Mr. Pearson was of the Baptist faith and was a member of Mayo Baptist Church. Thomas worked with the State of Florida as a Construction Superintendent for several construction projects including the Lafayette Correctional Facility. He later worked for the Lafayette School System, retiring in 2012. In his spare time he enjoyed hunting and fishing, but most of all he loved being Papa to his amazing grandchildren.

Thomas was preceded in death by his parents Joseph and Lena Pearson, and his son Timothy Lamar Pearson.

A Graveside Funeral Services will be held on Tuesday, March 23, 2021 at 3:00 PM at Land Cemetery with Bro. Rick James officiating. All arrangements are under the direction of Burns Funeral Home of Mayo.

Friends may sign the online guest book at www.joepburnsfuneralhomes.com

Our deepest sympathy to you and your family.

So sorry for the loss of The Love of Your Life. Know he'll be missed every Day and Life won't be the same. May God give you the Comfort you need Every Day.

A dear friend he will sure be missed by me and my family .

So very sorry to hear about Mr. Pearson. Nona, you and your family are in our prayers. May the Lord pour out His love and care on you.

Love and condolences to the family. You are in our thoughts and prayers.

Miss Nona and family, I was saddened to hear of Mr. Thomas' passing. I have very fond memories of your entire family from our times at the hardware store. I am thinking of you all. May God bless each of you.

Dear Nona and Family, I send my deepest sympathies to all of you. Special hugs to Nona. You are in my thoughts and prayers. Blessings and love, Paula Edenfield