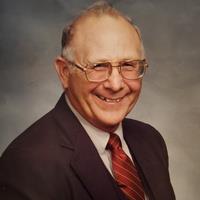 Thomas Preston (Tom) Potter was born October 11, 1937, in Raymondville, TX, to Elton Ernest and Eunice McBride Potter. Bro. Potter accepted Christ as his savior as an 8-year-old boy during Vacation Bible School. He surrendered to the Gospel ministry and was licensed by Pleasanton Park Baptist Church in San Antonio after preaching his first sermon at the age of 14.

Tom Graduated High School from Harlandale High School in San Antonio in 1955, and enrolled at Howard Payne College in Brownwood, TX, where he met Martha Jane Weaver. He was ordained as a preacher in 1958 at the Bellaire Baptist Church in San Antonio. Tom and Jane were married on July 3, 1959.

Bro. Potter was a long-time pastor throughout Texas. He served churches in Brownwood, Weldon, Jefferson, Cason, Canton, Kemp, Mesquite, Dallas, Dodd City, Alvarado, Kildare, and Palestine, as well as a church in Colorado.

He served several years on the City Council of Alvarado, TX, and acted as a volunteer chaplain for the Brownwood Fire Department, the DFW airport, and the Alvarado Police Department.

He is preceded in death by his parents and one great-granddaughter Elizabeth Farrow.

The family will celebrate Tom’s homegoing with a visitation at Bailey & Foster Funeral Home in Palestine on Thursday March 4, 2021 from 6-8 p.m. and a memorial service at Harmony Baptist Church, 8848 FM 645, Palestine at 10:00 a.m. on Friday March 5, 2021. In lieu of flowers, the family requests that you make donations to Buckner Baptist Children’s services or to the Harmony Baptist Church.

My heart is broken to just now hear this. I loved this man with all of my heart and soul. He was my mentor, my teacher, my adopted father. He was my pastor and he was the one who preached all of my families funerals. Most of all he was my friend. He gave me the name Pitter Pat that stuck always with me. The memories last forever. To Jane and kids, I love you one and all. I would have been there had I had known. God Bless

I'm very glad that it was my privilege to know Bro. Potter. He was very friendly and was willing to help anyone. May God bless Mrs. Potter, his children, and the rest of the family during this time. I thank the Lord for his life and his service to our Lord Jesus. Mark Rogers, Concord Baptist Church

To Jane and family: I am so sorry for you loss! Tom was a special person. You are in my thoughts and prayers at this time.

God bless this family.....praying for the family.....I remember this Pastor ....he was one of the pastor of a church I attend when I was growing up....he was an amazing friend....pastor.....dad and husband in the presence of our Lord.