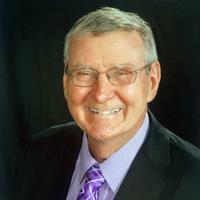 Tommy began his life’s journey shortly before Thanksgiving in the year of 1941. November 16, the family of Clyde and Winnie Simpson welcomed their second born child into the family home in Clarendon Arkansas. Given the formal name of Thomas Davis Simpson he was blessed to share childhood activities with two siblings Robert and Linda. He received education in the local schools and became a 1959 graduate of Clarendon High School.

He began a friendship with a young lady by the name of Margaret Oldham. After a time of courtship, they chose to make a life time commitment of marriage. The sweet ceremony was performed by Rev. Ray Palmer on August 24, 1962 in the First Baptist Church of Clarendon. Tommy and Margaret have remained vital members of the community throughout the years. Their home was blessed with two children Alan and Rhonda.

Born with an outgoing spirit and friendly nature, Tommy was well known among the community. Employed at the Post Office for 42 years he enjoyed the comradery with the local patrons. The task of helping each with their various postal needs endeared him to those he met daily. In time the day came that he would step away from public work and he and Margaret began to enjoy the simple life of retirement.

Tommy was a faithful member of the First Baptist Church where he served as a Sunday School teacher for many years. Other community involvement included serving as a Past Master of Cache Masonic Lodge, on the Quorum Court, and as a baseball commissioner. He also enjoyed coaching baseball, and good round of competitive golf.

In the early morning hours of June 19 2020, at the age of 78 Tommy passed away at Baptist Health Medical Center in Stuttgart. He was preceded in death by his parents.

The family requests that you send memorials in honor of Tommy to one or both of the following charities:

Tommy and I grew up playing across the fence at back of my home and across the street from Tommys home before we started to elementary school. With very fond memories of our friendship, my sympathy to Margaret and family!
Ronnie Knight
Plano, Tx.

Tommys life is an Example of what all of ours should be. We shall see him again And my prayers for the family

Mr. Tommy was always pleasant to me every time we spoke. His roots definitely run deep in our community! He will always be loved and remembered for his years of contribution to our little league ball program. Which I was a part of at the time. And his long time service to our people through our post office. Prayers for Ms. Margaret and for his family. His miss will definitely be felt here!

We are thinking of you today knowing your hearts are hurting. Praying God peace .

My heart aches for you. May God's presence in your hearts comfort you as you grieve.

Our thoughts and prayers go out to all of you in your time of sorrow. He was such good neighbor.

May God bless you and your family in this time of sorrow. Chris and Sherell hodge

Never miss an update about Thomas "Tommy". Sign up today.