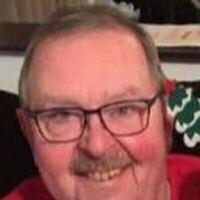 He was born on August 21, 1942 in Hammond, Indiana, the Son of John Desmond Enright and Lillian (nee Kothe) Enright. He was raised in Calumet City, IL, a southern suburb of Chicago where he attended St. Victor Elementary School and Thornton Fractional North High School. He entered a religious community as a brother immediately after high school where he served in health care for nine years.

Afterward he met his future wife Shirley Ann Leathers. They married on June 12, 1971 at St. Victor Parish. Tim continued working in health care as a facility manager. Daughter Eileen Ann was born on November 11, 1973 in Elgin, IL. The family settled down in their first house in Mundelein, IL where he became very active in the Knights of Columbus eventually becoming Grand Knight. Son Eric Timothy was born on July 29, 1976 in Park Ridge, IL. Soccer Coach, Baseball manager and YMCA Indian Princess Dad, Indian Guides were just a few of the things Tim was involved in.

Beginning with the energy crisis in 1976 Tim became very involved with the state and national hospital engineering societies developing generic energy management programs for acute care hospitals and working with the federal government to re-evaluate the codes and standards imposed on hospitals regarding energy saving priorities. Tim was elected to the Board of Directors of the American Society for Hospital Engineering beginning in 1980. He was elected President-elect in 1985 and served as President in 1986.

In 1982, Tim moved to another 406-bed health care hospital where he served as vice president. In 1988, he joined Marriott Management Services and moved to Maryland. That same year the Holy Spirit revealed to him that He was calling him to serve God’s people as an ordained Deacon. With the complete support of his wife, Shirley and his children Eileen and Eric, Tim was ordained Deacon on September 12, 1992 with the laying on of hands by His Eminence James Cardinal Hickey, Archbishop of Washington, DC. He was assigned to his parish, Mother Seton, Germantown, MD where he served for 20 years. In 1993 Deacon Tim Started the Knights of Columbus Father Horace J. McKenna, S.J. #11024. The Council is parish based and supports the Mother Seton Catholic Parish Community. Deacon Tim also accepted a call to be the first permanent Deacon Master of Ceremonies for the Auxiliary Bishops of the Archdiocese of Washington.

On October 12, 2010, the Lord called his beloved wife Shirley home to enjoy Eternal Peace and Happiness. 2012 saw him moving to Middletown, DE, to live with his daughter Eileen, daughter-in-law Rosie and granddaughter Noelle. They have been there to take good care of him as needed. He was assigned by the Bishop Malooly to St. Joseph Parish, Middletown where he continued ministry until retirement from active ministry on August 21, 2019 because of severe health issues.

Services are private. He will be laid to rest with his wife in All Souls Cemetery in Germantown, MD.

Deacon Tim,
We remember you from Mother Seton Parish, especially for performing the baptism of our son. We thank God for your many years' service as a deacon. May God give peace to your family at this time, knowing that you are with our Lord Jesus.

Rest in Peace, Brother Deacon. You have completed the course . . .

Deacon Tim
I remember when you first came to Our St. Joseph family. Always a smile on your face and kind words for all. You were an instrumental force with RCIA, always and willing to share your knowledge with everyone. Your great stories and homilies will always be remembered and cherished by all whose heart you touched. Jim will always be grateful for the time he shared with you on your retreats at Holy Cross Abbey.
Deacon Tim you will be dearly missed. Rest In Peace friend...

June and I really enjoyed our relationship with Deacon Enright at Mother Seton Parish. He was a stable force at the church for many years. He will be surely missed by all who knew him. R.I.P. Deacon Enright.

May Our Risen Lord be near you on this day and Bless you In His gracious way and may each sympathetic prayer help easy the sorrow that you bear! Rest In Peace Father Deacon and His memory be eternal! Christ is Risen!

My heart goes out to Deacon Tim's family. He was a special man. I remember when he did baptisms he would invite the siblings up close so they could see. The last I saw him was on our Mother Seton group cruise to the Panama Canal in 2008. We all had such a fun time together. My he rest in peace with Shirley.

Our deepest sympathies from the albarran family

We will miss your warm and friendly smile and great homilies.

Never miss an update about Timothy. Sign up today.