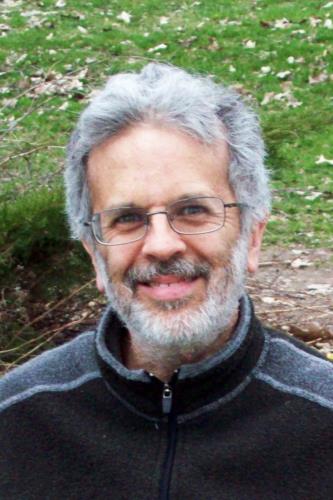 Not the right person? See All ›
LOCATION
Madison, Wisconsin

MCFARLAND - Timothy Michael Lynch died in his sleep on Sept. 16, 2020, at St. Mary's Hospital in Madison, Wis., after a five-year battle with a rare form of brain cancer. He was 59 years old. He was able to enjoy life and get outdoors for most of those five years due to his amazing, dedicated and compassionate doctors, Dr. Sanyal of Dean Oncology in Madison and Dr. Theeler of Walter Reed Medical Center and the National Institutes of Health in Bethesda, Md. Tim was a part of a protocol for Mekinist, a medication that is not yet approved by the FDA but is considered a breakthrough medicine for treating Tim's disease in children.

Tim was born in Madison, Wis., and graduated from West High School in Madison in 1979. He went on to work at St. Mary's Hospital in the dietary department for 37 years. He loved the outdoors and he spent a great deal of his time biking, running in charity races, kayaking and camping all over Wisconsin and in Colorado. Wherever he lived he had huge gardens of vegetables and flowers with his wife, Linda, and he walked his dog for miles every day before he got sick. He was involved with his neighborhood association for many years and helped them save many large ash trees in Madison parks. He was also proactive in fighting for women's rights and healthcare for all, and he attended several protests even after his surgeries. He went to the women's march of 2016 one month after his brain surgery, and he protested for the right to affordable health care even when he had to go with a walker.

Tim was a kind and loving person who treated all he knew and met with respect and care, no matter what their background, lifestyle, or religion. He always looked on the bright side without judgements. He was known for making his friends, family and coworkers laugh often.

He is preceded in death by his father, Jack Lynch. He is survived by his wife, Linda Haglund Lynch; his mother, MaryAnn Lynch; his brother, Greg Lynch and wife, Nancy; brother, Dan Lynch and wife, Chris; his sister, Kathleen Hazimeh and husband, Oliver; sister, Gina Lynch and her husband, Blair; as well as his 16 nieces and nephews.

The family asks those who would like to please donate to the Neurofibromatosis Network https://nfnetwork.org/, an organization that promotes research to improve clinical care and find a cure for Tim's disease. There will be a small, immediate family only memorial at Natural Path Sanctuary in Verona, Wis. Donations are also welcome for a bench by his gravesite.

Our sympathy to Linda and to the Lynch family. I will always remember my childhood memories of Tim and I will never forget Tim's infectious laugh.

I am so sorry for your loss. Whenever I saw Tim in the hospital , he always had a smile on his face and a word of welcome. Prayers for Tim and fir his family.

I worked with Mary Ann and had the pleasure to watch this wonderful family grow up. Deeply saddened to hear of Tim's passing. Our thoughts and prayers are with you. Love and comfort to the whole family. Tom & Pat Osburn

Tim was the one that trained me when I started at St. Mary's. He always had a great disposition. He was always happy. I will truly miss my dear friend. Rest in peace Tim, live you and peace be with Linda and his family.d

I worked with Tim for many years at St. Mary's before we were both let go. I so enjoyed his outlook on life. He will surely be missed. Peace to you all.

Never miss an update about Timothy. Sign up today.