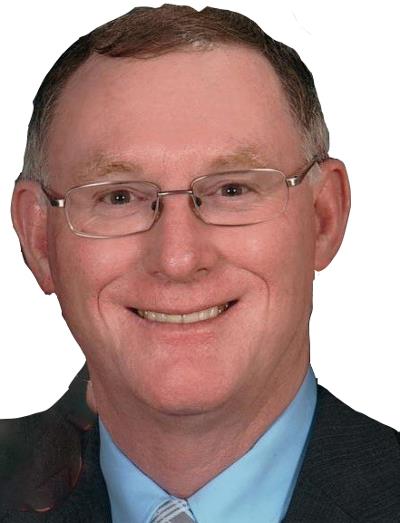 Pastor Tom McCollister, 66 of Kingsland, was called home on his favorite day of the week - the Lord’s Day - Sunday, June 3, 2019, while on his way to church. He was born on December 26, 1952 to Leonard Thomas and Irene (Coats) McCollister in Seagraves, Texas. Tom married the love of his life, Pam Ammons, in August of 1973.

As a boy, Tom had always aspired to be a farmer and began fulfilling his dream when he and Pam were first married. He loved farming, but he began feeling his call to preach. This was a scary thing for them. Pam had no idea she had married a preacher! But they accepted the new challenge together and sold the farm. Their first pastorate was at Temple Baptist Church in Seagraves where they served for seven years. While pastoring in Seagraves, Tom also worked for the City of Seagraves as the Director of Water Works. Tom excelled at any task he put his mind too. Tom was able ¬to use his unique abilities to advance the kingdom by serving the people of his church and community.

In November of 2014, Tom and Pam decided to accept a new position at Buchanan West Baptist Church in Buchanan Dam. When they moved, Tom told Pam that this is where he would pastor until the Lord called him home. Since that time, the McCollisters have become a beloved part of the Buchanan Dam and Kingsland communities. Tom was a member of the Burnet-Llano Baptist Association and served on the finance committee and recently took on the role of moderator.

Tom did many things in his life…and did them well. He wasn’t one to do a job halfway. He was known to his family and friends as Mr. Fix-it. Whether over the phone or sitting next to you, Tom was always fixing something. His family remembers him fixing his sons dryer over the phone. It didn’t matter that he couldn’t see it, he still knew what to do.

Tom often jokingly claimed, “I can do anything except brain surgery…and I could do that if I had the tools.”

Tom was a beloved husband, father and grandfather. He loved his grandkids and cherished each moment teaching them; he poured into them the lessons his years of ministry and life had taught him .

Tom will be remembered for being a loving pastor and family man who was generous with his time and resources and graciously kind to those who wronged him. He truly had a pastor’s heart and loved people passionately. His legacy of compassion, dedication, and service to others will continue to shine in the many lives of those he impacted.

Viewing will be from 6:00-8:00 PM on Wednesday, June 5, 2019, at Putnam Funeral Home, 145 Texas Ave, in Kingsland. Graveside service will be at 2:00 PM on Thursday, June 6, 2019 at Bluffton Cemetery, in Bluffton, Texas. Celebration of Life will follow at 3:00 PM at Buchanan West Baptist Church, 850 Lillian Dean, in Buchanan Dam, Texas. An online registry may be signed at www.Putnamcares.com.

Sorry for your loss. I pray for each of you as you have to move forward without Bro. Tom. He will be standing by the gates of Heaven waiting for you.

So hard to find what to say during this difficult time. Bro. Tom was an amazing preacher and Friend! I spent many of good times with his family while he was here in Richland Springs. He made a impact on my life and he will be greatly missed! ♥

I have tried to find the right words to say but there just isnt any. My heart breaks for all of you! Bro. Tom was a loved man. One of the best I ever knew! I pray that yall hold close to Jesus during this time and I know you will find comfort in Him. Praying for you all!

My condolences to his wife and family. Brother Tom was one of a kind! He Baptized me when I was 23. Only the fondest of memories of him. May he Rest In Peace!

Brother Tom made the world a better place. He will be missed. ♡

My deepest sympathies to Pam and the McCollister family! I know that Brother Tom is hearing, "Well done, my good and faithful servant." I will forever be grateful for his ministry at First Baptist, Liberty Hill. He led my daughter, Michelle, to the Lord and baptized her not long before she went to heaven. That experience also planted God's seed for my own salvation. Thank you to Brother Tom and his family for serving Jesus! He will be truly missed! May the Lord give your...

Wow he was truly a Godly man. He will be missed by many.my love & prayers out to you all

Never miss an update about Tom. Sign up today.