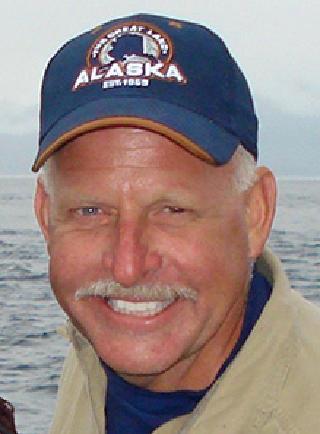 Not the right person? See All ›
LOCATION
Milford, Delaware

Tomas Blane Noll, 64
MILFORD - Tomas Blane Noll passed away Wednesday, August 19, 2020. Born on January 16, 1956 in Lewisburg, Pa., he was the son of the late Eugene and Mildred Noll. Tom was the second born and often boasted of his ideal childhood in Clayton, Del., shared with his two brothers, Scott and Randy and his younger sister, Betty Jane.
At a young age, Tom would collect bottles and trap before school to support his love for cheese doodles, grape soda and the hardy boys books. The hard work ethic learned at a young age continued throughout his life as he volunteered in the Clayton Fire Company. He also learned masonry and later settled into hauling vegetables across the country. He enjoyed traveling so much that he started Specialized Carrier Systems, which he would run for the next 40 years, specializing in oversized trucking loads. This career developed his sharp mind for numbers and superhuman ability to remember roads and routes up and down the East Coast, he is the original Tom-Tom GPS. He would later co-found Noll Brothers Crane Service with his brother Randy. In his early twenties, Tom met his life long friend, Suzanne Noll, whom he shared and raised three children, Renea Poore, Pamela Gentry and Jeffery H. Noll. His children always knew unconditional love that he would later expand to his four granddaughters whom he adored, Shelby Yeager, Chelsea Poore and Avery and Maisy Gentry.
Tom was a devoted father, grandfather and friend who always had the time for a story that would give you a tickle, lend an ear or hand for a friend and offer the last shrimp off his plate. He enjoyed cycling, cooking, auctions, Motown music and never met a dance floor he didn't like. He will be deeply missed and loved always by friends, family and all whom had the pleasure to know him. Toms final act of kindness was to give the gift of life through organ donation.
A visitation will be held from 1 - 3 p.m. on Saturday, September 5, at the Lofland Funeral Home, 102 Lakeview Avenue, Milford.
Letters of condolence may be shared with the family at www.loflandandmcknatt.com.

My deepest sympathy to the Noll Family for the loss of your loved one, Tomas Blane, and pray God gives you comfort, peace and strength.

We met Tom when his beautiful Daughter Pam and our Son Gregory fell in Love got Married. We all joined as a Family. We as Parents all had the most important thing in common, we loved our children and the special additions of our grandchildren they blessed us with. Tom was a amazing Father and Father in law, and Grandfather to his loving children and grandchildren Chelsea, Shelby, Avery, Maisy. You could see that spark of love and joy in his eyes when he watched them play or run to him ...

He was a very nice, friendly man and a great pop pop. I met him when I worked at TLC and had his granddaughter Avery in my classroom. RIP you will be missed.

Had the pleasure of meeting Tom at his daughter’s house. You could see he truly adored his grand-children. He will be missed and our thoughts and prayers are with his family. Bill and Barbara Popham

Never miss an update about Tomas. Sign up today.