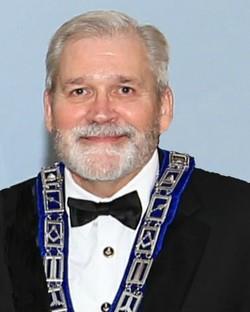 T. E. Page was his formal title but his family and friends called him Tracy. Tracy was born January 14, 1954 in Stuttgart Germany, as his father was in the Army and assigned there.

He was reared in Highland Park, IL, and attended Highland Park High School and then the University of Illinois-Champaign.  He received his Doctor of Jurisprudence from Indiana University-Bloomington.  He honored to attend Oxford University.

Tracy started his career as a Prosecutor in Lake County, IN.  Afterwards he became a Magistrate of the Lake Superior Court, and continued in that role from October 1984 to December 2000. For many years he was a valued employee of the law firm Cohen and Thiros.  Tracy went on to become a Senior Judge and was very proud to serve in that capacity. Tracy also spent time in Reno, NV as a teacher at the National Judicial College. He also continued to serve as a part-time judge through the state’s Senior Judges Program.

Tracy also worked for the Lake County public defender's office and had put in his letter of retirement Tuesday, said Marce Gonzalez Jr., chief public defender. He was expected to leave the office by the end of the month, as he had planned to spend more time working as a senior judge and teacher.

Tracy was an Eagle Scout, earning every merit badge available; the Silver Beaver, and an Honor Vigil in the Order of the Arrow.

In his later years he took an avid interest in the Freemasons and was raised to the degree of a Master Mason May 27, 2015. In the Scottish Rite Valley of South Bend he was a High Priest of Jerusalem. At the time of his death, was the Worshipful Master of the M.L. McClelland Masonic Lodge #357 in Hobart, IN.

Tracy was an extrovert who loved to travel and meet new people. He had the ability to talk to anyone and know them within minutes.  Tracy was an “IndyCar” enthusiast, and an avid bird watcher who found joy sitting on his porch enjoying his feathered friends.

In lieu of flowers, memorial donations may be given to The Scottish Rite Dyslexic Centers or The Shriner’s Children Hospitals.

I met Tracy in 1970. I was an exchange student in his home. I had the greatest time in my life with his Mom, Dad and Sister Patti. He visited me in Germany some years later. Unfortunately, we lost contact. Just by incident I learnt today about his tragic death which leaves me shocked. The photos show us in the Museum of Science and Industry in Chicago and with trip in Germany where he stayed with my family.
My deepest condolences to Kevin, his siblings and all who knew him well and...

I met Tracy in 2017 when he and his brother Paul came to the Speedway Masonic Lodge. Paul was speaking after the Indy Grand Prix at a DeMolay dinner at the Lodge.

Though as then master of Speedway Lodge I had one of the two best seats in the house (I got to sit next to Paul), I found Tracy very interesting as well as he was so personable and easy to talk to. He's one of those people who gave me a feeling I had known him for years. And being a fellow attorney and Mason gave us...

I was saddened to hear of Tracys' untimely passing. He was one of my best customer's at Panera Bread. I am so sorry for your loss. Keeping the family in my prayers.

Tracy, You will be a great loss and miss to society. You were our attorney and you became our friend. Our son says Thanks for all you help as an Attorney and giving our son a second chance where others could not accomplish.You were smart and compassionate. May you find peace in eternity. All our love Tracy Sizemote Duvall Ron and Aaron DuVall

I felt I knew Tracy through Kevin at work. His beautiful obituary speaks volumes of the character of this man. My deepest condolences to Kevin and all who knew him well and loved him. May you be blessed with treasured memories.

Our community has list a valued member and our Fraternity a good Brother. Farewell

I had the privilege of meeting Judge Page in April of 2017 at the National Judicial College in Reno, NV. Speaking to him for only a few minutes gave me the impression he'd known me for years. I'm so shocked to hear of his untimely death. May you Rest in Peace, Your Honor.

You came into our lives when we needed an angel. I have prayed for you ever since and will continue to do so. May God bless and keep you close in His arms. Love and thank you, Tracy.

He was my boss at the Lake County Prosecutor's Office in 1979. At that time he went by the name of "Ted". He was a really nice guy and great prosecutor. I have found memories of him.

Never miss an update about Tracy. Sign up today.