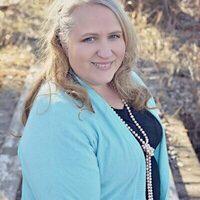 Valate Goodwin Purvis, 57, of Pingree, Idaho, lost her very short battle with uterine cancer on May 1st, 2021, surrounded by family and friends at Portneuf Hospital in Pocatello, Idaho. She became too perfect for this world, so God had to call her home.

Valate was born November 22nd, 1963, in Blackfoot, Idaho, to Samuel Edward “Eddy” Goodwin and Joyce Seward Goodwin. She was the 7th of 12 children.

Valate attended and graduated from Snake River High School in 1983. She graduated from the University of Phoenix with a Bachelor's degree in Psychology. She worked as a Certified Family Home Provider caring for her youngest brother Tracy and her father Eddy. She had many different jobs in her short life, but the most important to her was always the role of mom and then the role of Memaw (Grandmother). When asked when she was a child what she wanted to be when she grew up, she said all she ever wanted to be was a mom. Valate was a member of The Church of Jesus Christ of Latter-Day Saints, where she served in many callings. Her favorite was in Primary.

Valate had a passion for helping people. She was the type of person that would give you the shirt off her back and her last penny. She had aspirations to be a child psychologist, and had started her masters degree to do so. Her great-niece Paige Turner was very dear to her as she spent a lot of time taking her to medical appointments. Children and animals always loved her; they could tell that she was a genuine and caring person. She was one of the kindest and most selfless people you could ever meet. She often went without but always made sure her children had everything they ever needed. She would say “We don't need money when we have love to give. All you need is love”. She was so compassionate, a peacemaker, and did not have a single jealous bone in her body. She was truly happy for everyone and extremely patient. She was a very virtuous and godly woman.

Valate was very close with her very large family. She said, “Family is so important, yeah? Well look how big our family is! Not too many people can say that they have THIS many people to love and be loved by, unconditionally." Most of her nieces and nephews, and many of her children's friends, thought of her as their second mom. She was blessed to have all of her family. She treated her adopted family and married family the same as blood; to her, they were. There was not a single person that she met that didn’t love her and she loved all of them. She was very close with her best friend Hortense Nelson. She had many friends from her ward in Rockford and everywhere else.

Funeral services will be held at 11:00 a.m. Saturday, May 15, 2021 at the Thomas LDS Church. The family will meet with friends that morning beginning at 9:30 at the church.

Valate was not a fan of cut flowers as they do not last long, so please, if you choose to send anything to her family, we ask that it is planted or silk so that they can cherish them for years to come.

The funeral will be broadcast at http://mywebcast.churchofjesuschrist.org/Events/blackfootweststake

Condolences can be shared with the family at www.hawkerfuneralhome.com.

Valate was a real sweet personwe shared many laughs together. She will always remain in my thoughts and never be forgotten ❤

Dear Family,
Thank you for sharing this cherished time honoring Valate and her life. I am so grateful that her funeral was accessible to all who are so far away.
Please give Uncle Eddy a gentle hug from me and Don.
I am so thankful I got to hear Valate’s voice and see her smile before she graduated from this earth. She always had a lovely smile and a energetic happy laugh
Thank you Stephanie for your patience sharing what was happening to Valate when I called the...

Rest In Peace my sweet sister n law. You were such a kind and beautiful woman.

I have many fond memories of Valate during high school as she was often around with Amy, my brother, and cousins. Sending love and prayers to all of her family.
Marla Hill (Baker)

Valate was always such a sweet, caring person. The world will be a sadder place without her beautiful smile.

Valate was such a sweet, beautiful lady. Such sadness felt for the family. She was loved by so many people!

Goodwin family, I am so sorry for your loss!!!

Never miss an update about Valate. Sign up today.