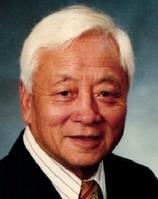 Not the right person? See All ›
DIED
October 18, 2020
LOCATION
Conroe, Texas
CHARITY
The Charity of your Choice
Make a donation

Wendell T. Few
1919-2020
Loving father, loyal friend, and respected community leader, Wendell Few died October 18, 2020 at age 101. Born in Zhenjiang, China on June 26, 1919, Wendell graduated Chiao Tung University, College of Civil Engineering in China and remained a role model for all Chiao Tung and Jiao Tong University Alumni. During his time at the University, Wendell also served as a translator for The United States Army Air Forces, General Chennault's Flying Tigers in China from 1946-1947. Wendell immigrated to the United States in 1947 and earned an engineering degree from the University of Houston in 1957. Afterward, he founded several successful engineering firms in Houston, TX and Conroe, TX. Wendell retired in 1998 and remained active in real estate and market investments for the remainder of his life. He loved to play golf rain or shine and never turned down an opportunity to test a new course. At his 100th birthday he was still able to take a 5 iron down the middle for 165 yards!
He will be remembered by his wife Nora Few, sons Lawrence Few, Michael Few, Tim Graham and daughter Janice Matteucci. He had a deep love and adoration for his grandchildren Michael Few II, Melanie Few, Megan Few, Melissa Few, Thibault Few, Colette Few, Arianne Few, Buddy Mays and Joshua Matteucci, As well as his great grandchildren Bethany Mays, Brianna Mays, Keli Mays and Guinevere Matteucci. Wendell is preceded in death by his grandchild Zane Mays. The family is especially grateful for the loving and compassionate care he received over the past two years from Devetha Hamilton, The Woodhaven Village Community and Devotion Hospice teams. In lieu of flowers, memorial contributions provided to the charity of your choice would be welcomed.

The Courier of Montgomery County

Many pleasant conversations were exchanged with Wendell during the years when he was a customer at a local retail store. His visit were always enjoyed. He will be missed.

Wendell was one of the most pleasant people I have had the privilege to know and, do a little work with. He was a genuine "Good Guy."

Tim and Tammy - so sorry for your loss. What a wonderful life he lived.

Never miss an update about Wendell. Sign up today.