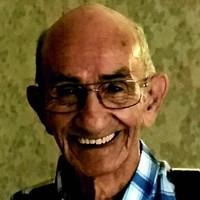 He was born on December 29, 1931, in the city of Wilmington, to the late Martha (née Graden) and Wesley Henderson, Sr.

Wes served in the U.S. Army and later became a second-generation member of the Operating Engineers Local 542, where he worked for over 25 years. He also drove an oil truck, owned/operated a heating repair business and was a skilled carpenter. Wes worked after his retirement from the union as a maintenance supervisor at the current Pinnacle Health Center in Smyrna. When he wasn't working, Wes enjoyed classic country music, road trips, photography, woodworking, antique cars, and making memories with family and friends.

A celebration of Life will take place Thursday, February 27th, visitation will be from 9 – 9:45 am, the service will begin at 9:45 am at the Daniels & Hutchison Funeral Home, 212 N. Broad St., Middletown, DE. Interment will follow at the Delaware Veterans Memorial Cemetery, 2465, Chesapeake City Rd., Bear, DE.

In lieu of flowers, donations in Wes’s name to the Helen Graham Cancer Center, 4701 Ogletown-Stanton Rd., Newark, DE 19713 would be greatly appreciated.

I didn't know you long, but I'll love you forever. Love...your sweetheart, Susan

I had the privilege of taking care of him and his wife as a Cna . Daily visits to his devotion of his wife . Then he himself was a resident . Had many conversations which will be treasured. So sorry for your loss and God Bless

I Love you so much Uncle Wes, I will surly miss talking and laughing with you, God Bless, Love Cathy

To my dearest Brother I will Love you forever, I will see you in heaven, Love Ruth

Never miss an update about Wesley. Sign up today.