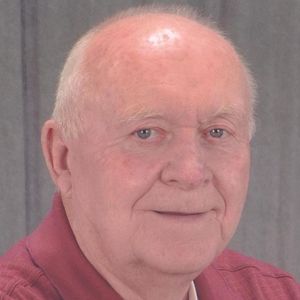 Mr. William "Bill" Stacy Clark, 79, of Hickory, passed away on Monday, October 29, 2018 at Frye Regional Hospital, following a period of declining health. William was born May 4, 1939, in Avery County, to the late Harty Lee Clark and Novie Evelyn Eller Clark. He was a member at Warlick's Chapel United Methodist Church and served in the United States Army. In addition to his parents, he is preceded in death by his sisters, Cora White and Carrie Mourglea; and brothers, Virgil Clark, Joseph Clark, and Jacob Clark. Survivors include his wife, Mary Frances Conard Clark; children, Steven Clark and wife Kathleen, Mary Ann Clark, Emily Madrid and husband Gene, June Clark, and William Robert Clark; grandchildren, Asdis, Ayla, Donoven, Robert, and Cecily; great-grandchildren, Emma and Viktor; brothers, Hugh Clark and wife Jean, and sister-in-law, Jane Clark. A funeral service will be held on Saturday, November 3, 2018, at 2:00 PM, in the Chapel of Heritage Funeral Service, with Pastor Augustus Black officiating. Interment will follow at Warlick's Chapel United Methodist Church Cemetery, with military honors provided by the Caldwell County Honor Guard and the North Carolina National Guard. The family will receive friends Saturday, November 3, 2018, from 1:00 PM to 2:00 PM at Heritage Funeral Service. An online guestbook and obituary is available at www.heritagefuneralservices.com. Heritage Funeral Service and Crematory is serving the family.

I can't tell you how sorry we are about Bills passing. What great times we had together hunting down on the farm. It was always a fun adventure. Although we don't see each other much, you guys will always feel like family and thought of often. Love to you all.

Emily, offering my condolences and sending prayers for you and your family.

Emily, hold tight to memories for comfort, lean on your family for strength, and always remember how much you are cared about.

May the comfort of God help you during this difficult time.

R.I.P Unicle bill you will be missed