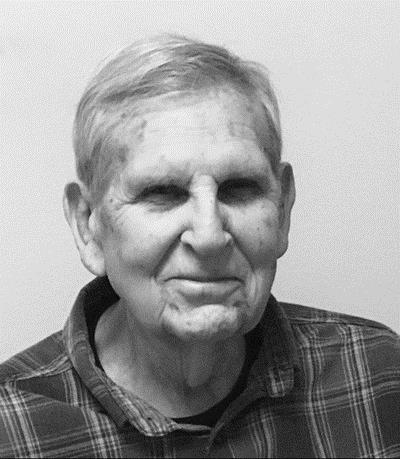 Bill was born on October 26, 1935 in Harold, KY to the late Willie Clark and Natalie Nie Clark.  Most people remember his smiling face and friendly welcome at the Fast Check Foods convenient stores that he owned and operated for many years. Bill was cherished by his family, loved by his friends, and liked and respected by everyone who ever met him. He was always faithful to his family and his Lord and Savior Jesus Christ. Bill was an example to be admired and honored. A devoted husband, a dedicated father and a beloved grandfather and great-grandfather, he will be remembered and greatly missed. "The godly walk with integrity; blessed are their children who follow them." (Prov. 20:7)

He is survived by his loving wife, Melinee Layne Clark, whom he married on October 16, 1955 in Betsy Layne, KY; one son, William “Toby” Clark; two daughters, Renee’ Gregory and Bridget (and Doug) Gibson, all of Nancy; four grandchildren, Kelli (and Andy) Fisher of Somerset, Taylor Gregory of Frankfort, Austin Clark and Zachary Clark, both of Somerset; and four great grandchildren, Lily Fisher, Blakelyn Fisher, Natalynn Clark, and Zachary Clark Jr.; several nieces and nephews; and one special niece who was like a daughter, Benie Lynn Hammond (and Arnold Wheeler).

Along with his parents, he was preceded in death by one brother, James "Butch" Clark; and one sister, Rubestine Hall.

A private memorial service will be held by the family at a later date.

The family would like to express a special acknowledgement of gratitude to those that cared for Bill over the past several years: Dr. Eric Ruby and staff; Dr. Thannoli, Lori King and staff; Dr. Barry Dixon, Melissa and staff; and the Hospice staff, both at the home and at the Jean Waddle Care Center.

The family requests expressions of sympathy be made to Hospice of Lake Cumberland or Cincinnati Children’s Hospital in honor of Bill and Hunter Hammond.  Donations may be mailed to Lake Cumberland Funeral Home, P.O. Box 1441, Somerset, KY 42503.

You are welcome to view the obituary and send condolences to the family at our website: www.LakeCumberlandFuneralService.com

Lake Cumberland Funeral Home is entrusted with the arrangement for Bill Clark.

Toby, Bridget, and Renee’ I will always have great memories of each of you as great friends and neighbors. Cherish the memories of your dad. I know it’s very hard to say goodbye. You’re in my prayers.

We love you uncle Bill, and will miss you, till we see you again.
You will be missed so much, while you sleep.
To aunt Melinee, Renee, Bridget, Toby and family, our love and condolences.
Wishing we could be there to hug you and to share your tears.

Bill was a great friend was great to work with.

So sorry to hear about Bill's passing I met him when I went to work at Cumberland Lake Shell he was always such a kind man and always smiling.

My heart aches for the Clark family. Bill will certainly be missed by many. I was blessed to have Bill as a friend. He was always upbeat, happy and friendly. R.I.P., my friend.

I never saw Bill.that he didn't have a kind word and a big smile for you. I loved this guy. He was one of a kind and he has a most loving and sweet family. You all have my most sincere condolences. Love you all and I pray that you will get through this terribly hard time with the help of the Lord. Just know that you will see him again. ❤Donna Rae Maxwell

Deepest sympathy to his wife, Toby, Bridget, Renee and all the family. He will be remembered.