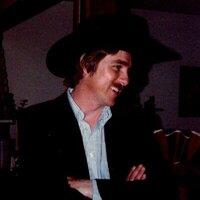 William “Bill” S. Clark was born on September 3, 1953 in Shawnee, Oklahoma to Jerry and Betty June Clark. He passed away on January 30, 2021 in South Texas after a long illness. Bill was preceded in death by his parents, his sister, Dane Wright and husband Mike.

Bill spent most of his life in McAlester, Oklahoma and was a graduate of McAlester High School, the class of 1971. He received a BS in Agriculture from Oklahoma State University in 1979. Bill worked in the agriculture industry,  oil and gas refineries and the Army Ammunition Plant in McAlester as an inspector. He was a Christian who loved his family, horses and nature. Bill enjoyed his pets, gardening, science, horse racing,  cooking and listening to music.

Bill is survived by his brother, Steve Clark and wife Susan of Broken Arrow, OK; a host of cousins, nephews and nieces; long time friend Jean, Larry Burnett and many other friends and loved ones in the McAlester and Oklahoma area. He took up a large space in our hearts and will be truly missed by all who knew and loved him. May he rest in peace.