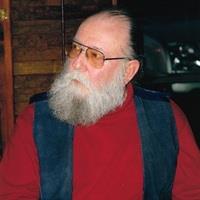 William Bonner “Bill” Dunn of Bath, NC died peacefully with his son and daughter-in-law by his side at Rex Hospital in Raleigh on the morning of August 6, 2021 at the age of 81 after battling multiple health issues.  Bill was born in Washington, NC on October 25, 1939, the first son of the late Mildred Paul Dunn and William Jacob Dunn of Washington.  His brother Paul preceded him in death.  He is survived by his son Chris, daughter-in-law Emily, and grandchildren Erin and Owen Dunn of Raleigh.

Bill grew up in Washington, where he developed a love of music, reading, and the water which would define much of his life.  He served his country as a personnel officer in the United States Air Force including a tour in Vietnam.  A graduate of UNC at Chapel Hill, Bill became a community planner and eventually moved back to Washington where he had a long career with the state of North Carolina, helping communities across the eastern part of the state with zoning and community development.

Music was always a passion of his.  Bill played drums and percussion with the Washington High School band, and always had something musical going on for most of his life.  He formed several groups while in the Air Force that played for dances, officers’ functions, and musical productions.  When Bill returned to eastern NC, he was active in the Washington community band, many local community musical theater groups including the New Bern Civic Theater and the ECU Summer Theater and had many other small groups he played drums with throughout his life.  He also helped with various schools to promote musical education.

Bill’s love of history and sailing found a new home when the Elizabeth II was built in Manteo, a replica of the ship that brought the first English colonists to North Carolina in the 16th century, on which he became an active volunteer.  He would go on to sail on many other historic vessels including the Dove of St Mary’s City MD, the Elissa of Galveston TX, the Discovery, Godspeed, and Susan Constant at Jamestown, VA, and the Kalmar Nyckel at Wilmington, DE.  Bill made many lifelong friends on these adventures, and always remarked that he was lucky to live the dreams of a 9-year-old boy who wanted to sail with the pirates.  He continued sharing his love of maritime history becoming involved with the Historic Port of Washington Project, and was a fixture at Bath Pirate Days.

We wish you fair winds as you cross the bar to meet your Pilot.

A celebration of Bill’s life will be held 1:00 PM Saturday, October 9, 2021 at Bonner Point in Bath.  An opportunity will be provided for anyone who wishes to share memories of Bill.  All Covid protocols will be followed.  The family respectfully requests that masks be worn when distancing is not possible.

In lieu of flowers donations may be made in Bill’s name to the Kalmar Nyckel Foundation (www.kalmarnyckel.org), the Historic Port of Washington (hpow.org), or Kidz Notes (www.kidznotes.org).

On-line condolences may be addressed to the family by visiting www.paulfuneralhome.com

Paul Funeral Home  & Crematory of Washington is honored to serve the Dunn family.

I’m so sorry to hear this sad news. Bill was a dear friend who I shared many happy musical experiences with, both playing and listening. He was a special and unique person who I’ll miss.

To the family/friends of Bill Dunn

Bill’s passing saddens so many persons who had the chance to meet him, both professionally and any effort that involved trains, music, and sailboats especially old sailboats. As a co-worker and friend with Bill at the Division of Community Assistance for close to 30 years, I was in a position to view how well he worked with Planning Boards, Town/County elected officials, and their planning staffs. He was great!

Bill was as warmly...

Chris:One thing I wish I had voiced to you in person at the service yesterday is that there has never lived a father more proud of his son than Bill was of you. Your qualities and achievements were his richest treasures. Love Charles

Chris, Stephanie and I just wanted to let you know how sad we were to hear about your dad passing Please know that we are thinking about you and your family

Our deepest condolences to the family.

Bill was funny and charming. I will remember him fondly.

Mr. Bill was our neighbor & a regular customer at “The Grill”. He was always kind & witty with an interesting story to share. He will be missed!

Bill, you are going to be greatly missed, by many. Rest in peace.
Chris and Emily, my heart goes out to you at this time.

R.I.P. You old PirateMy condolences to the family