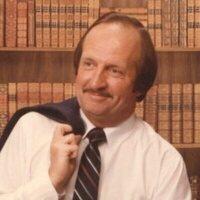 Graveside services with Military Honors for the family of William M. (Bill) Fiveash, 88, will be held at 10:00 a.m. Monday, August 10, 2020 at the Cathedral in the Pines Cemetery in Tyler, Texas.

Mr. Fiveash was born August 17, 1931, in Sweetwater, Texas to the late William F. and Alta E. Fiveash.   He was an accountant working with his late father in Abilene.  He was a graduate of McMurry University in Abilene.  He served as a veteran in the U.S. Air Force following the Korean conflict.  He was selected as Outstanding Young Man of Abilene in 1959.  He served as president of the Southwest Rotary Club of Abilene as well as president of the Abilene Junior Chamber of Commerce.  He also served the fraternal order Knights of Pythias as its Grand Chancellor.  He was an employee of Barrett Motor Company in Tyler for 20 years and recently worked 11 years for the Bacon Family of Dealerships.

He is survived by his wife, Barbara Walker Fiveash; his daughter, Ms. Jandra S. Wright of Frisco, Texas; two sons, William M. Fiveash, Jr. and wife Sally and John P. Fiveash and his wife, Pamela, both of Carrollton.  Mr. Fiveash is also survived by two stepdaughters, Mrs. Donna Thaxton and husband Mike, of Many, Louisiana and Mrs. Debbie Franklin and husband, Kenn, of Tyler.  He is also survived by numerous grandchildren and great-grandchildren who he loved dearly.

I was blessed have memories that will last forever with Bill.

Cathedral In The Pines Cemetery