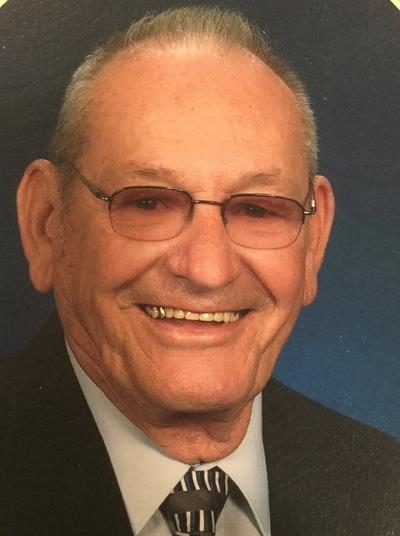 Services for William Homer "Bill" Reed, 90, a longtime resident of  the community of Quitman, will be held on Tuesday, September 22 2020 at 2:00 PM at Jackson's Burks Walker Tippit Funeral Home in Tyler, with Fred Morrow officiating.  Visitation will be on Monday, September 21, 2020 from 5:30 to 7:30 PM at the Funeral Home.  Burial will be in Bullard City Cemetery in Bullard.

Bill served in the Army and was a Master Mason.  He owned a Texaco Station in Quitman that he had since the 1950s, was on the Quitman School Board and taught Sunday School at the First Baptist Church of Quitman.

In lieu of flowers, memorials may be made to The Hospice of East Texas Foundation, 4111 University Blvd., Tyler, TX 75701.

Will always remember our special uncle Bill. His laughter and kindness and love added much to our lives

You were always a great brother-in-law and friend. You and Ray have fun fishing tother.

So thankful you were in our life. Loved your smile eyes and oneryness. You will remain forever in our hearts.

He will truly be missed. Was a very good man. Sorry for your loss.

I'm so sorry to hear about his passing. I really enjoyed talking with him and his Brother Ray when we would go camping. Precious memories. Prayers for the many family members and friends.