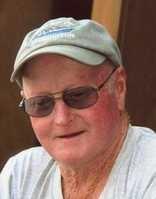 Bomster, William I.
William I. Bomster, 85, of Stonington, CT passed away Monday, January 14, 2019.
William was born March 23, 1933, in New Haven, CT to the late Cyril I. and Helen (O'Meara) Bomster. Bill grew up in Branford, CT, raised children in Clinton, CT, then moved to Stonington in 1984, but more recently, was a resident of StoneRidge in Mystic.
Bill attended Branford schools. He quit school to trap vermin for furs and to work for the New Haven Railroad. He worked for the Long Island Oyster Farms in New Haven, then started fishing commercially on the "Lucky Lady" out of New Haven. He went out on the "Little Chief" with Jimmy Henry out of Stonington, CT. Later he worked for the union out of New Bedford Massachusetts aboard the "Martha Murley," "Little Growler," "Aloha," "Zebet," "Zebu" and "Zulu." Bill and his late wife Venna created Stonington Fish & Lobster, Inc. A patriarch of the Bomster scallop fishing family, owned fishing boats the "Karen and Nancy," "Debbie Jo," "Dutchess," "Billy Joe," "Michael Jo," "Patty Jo," "Malayna Christine" and the "Stonington Jo."
He developed a salt brine method of freezing scallops with the "Zebu" operated out of the New London docks and sold fried scallops off of the boat while in port in the 1970's. In 1988 he had the "Patty Jo" built in Bayou La Batre, Alabama, she was equipped with a plate freezing system and the latest technology of the day and started Stonington Seafood Harvesters in the 1990's which markets unprocessed frozen scallops to numerous restaurants, grocery stores and seafood markets all along the shoreline and out of state.
He was very gracious to the community of Stonington from sponsoring a Bulgarian family to donating the entry door of the Portugese Holy Ghost Club.
Bill was an avid reader and was involved in military vehicle restoration, and most of all he loved sports cars and his dog.
He was a longtime member of the Southern New England Fishermen's and Lobstermen's Association and the Groton Sportsmen's Club.
Bill was predeceased by his first wife, Patricia (Pompane) Bomster (1974), a daughter, Deborah (2000) and his second wife, Venna Jo (Andrews) Bomster (2009) and his brother John F. Bomster (2012).
He is survived by his three sons, William J. Bomster and his wife, Malayna, of North Stonington, Joseph M. Bomster of Stonington and Michael P. Bomster of Voluntown, CT, his daughter, Nancy White and her husband, Richard, of Franklin, CT and his stepdaughter, Karen Sapia and her husband, Paul, of Uncasville, CT; a brother, David Bomster and his wife, Carol, of North Stonington; nine grandchildren; eight great-grandchildren and many nieces and nephews.
His family will receive relatives and friends on Monday, January 21st from 5-8 p.m. at the Mystic Funeral Home on Route 1 in Mystic, CT. A mass will be celebrated on Tuesday, January 22nd at 11:00 a.m. at St. Mary's Church in Stonington. Following his mass, he will be buried at the Stonington Cemetery on North Main St. in Stonington, CT.

To Bill, Joe and Mike, and all the Bomster family, my deepest sympathy for your loss. Bill and Jo were two bright lights that I met early in my career and had the joy of spending time working with them on the deep sea fishing project which led to the "Stonington Reds" shrimp fishery. Bill was wonderfully approachable and always willing to share his time and knowledge. He will be greatly missed.
- Nancy Balcom, Groton CT

I am deeply sorry for your loss, my thoughts and prayers are with you all during this difficult time.

Mr. Bomster was a brilliant man with an indomitable will. The word
can't was simply not in his vocabulary and the people who advised him that he couldn't were quickly silence by his accomplishment. He never sold a boat at a loss and each boat he purchased was bigger and better that its predecessor. It was a privledge to know him and his legacy lives on in his three sons.

Mr. Bomster was a brilliant man with an indomitable will. The word
can't was just not in his vocabulary and anyone who told him that he couldn't was quickly proven wrong. He never sold a boat at a loss and each boat he bought was bigger and better than the one he sold. Once he set a course he never turned back. It was a privledge to know him and his legacy lives on in his sons
MK

Our deepest sympathies and prayers to you all. So sorry to hear of the passing of your beloved father.

We moved next door to Bill, Jo, and their sons in 1979 on Lochwood Lake in Clinton. Bill was a hard worker in his fishing business. He was very gracious and welcoming to us a new neighbors. My deepest sympathy to all the family.

I would love to run a story with some memories of Mr. Bomster in the Stonington Times. Please reach me at [email protected] if interested. - Lee Howard

Captain Bill was a wonderful friend and neighbor for many many years. Upon my returning from months at sea, I looked forward to hearing about his newest enterprise with his Sons and family, and he never disappointed. Always a pleasure to check in and solve the problems of the world. Knew it was coming but still can't believe the Captain is gone. He is with his beloved Jo now. Fair winds and following seas. Our deepest condolences.
Walt Boychuk and Beth Sullivan