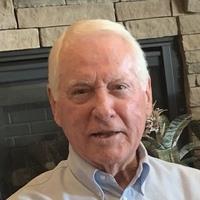 William M. Brown, age 85, of Ocean Pines died Tuesday, August 4, 2020 at home after a long battle with lung cancer. He is the son of the late Harry and Ruth Bitler Brown of Ocean City.

Bill was born in McKeesport, PA on August 24th 1934. His family moved to Ocean City when he was 6 years old. Bill graduated from Ocean City High School in 1952. He was part of the eastern shore’s first basketball team to win a state title. Bill worked for a short time at the Acme market in Berlin. In 1957, he married Lucille Hudson and was married for 25 years. Although they divorced, they continued to spend time together as a family for holidays and special occasions. Bill graduated from Salisbury State Teachers College with a teaching degree in 1958. He served in the Army in 1958 as a cryptographer. After his tour of duty he taught math and attended the University of West Virginia, where he received his Masters in 1971. During this time he became Vice Principal of Stephen Decatur High School and then Principal of Worcester Co. Vocational Center in 1967. He retired in 1992 from the school board, but continued to repair and maintain the student’s lockers in Worcester County Schools for 55 years.

Bill was a member of the Berlin Lions Club, receiving the Melvin Jones award for many years of service. He has also been a member of the Ocean City Golf & Yacht Club for 46 years. During his retirement, he enjoyed upholstering furniture, cars and boats. He also enjoyed woodworking and was always designing things, including making fireplace mantels for Custom Tile in Parsonsburg.

Bill was known for having a kind generous heart. He was always helping others and never asking for recognition or anything in return.

He was preceded in death by his brothers, Dale “Dick” Brown, Neil “Buck” Brown and Gordon “Hut” Brown and his sister, Marilyn Brown Balderson.

A celebration of his life will be held at the Berlin Lions Club on Saturday, August 15, 2020 from 1pm until 3pm.

In lieu of flowers, donations in his memory may be made to the Worcester County Humane Society, P.O. Box 48, Berlin, MD 21811.

Carrie and Kenny, So sorry for your loss. Our thoughts and prayers go out to you and all your family and many friends.

I had Mr Brown as a math teacher at Stephen Decatur and an advisor for student government. I consider him one of my favorite teachers. May he rest in peace and his famly enjoy many fond memories of their time together.

Kenny I have many fond memories of Bill. He was my J.V. basketball coach at SDHS in 8th grade and soccer coach for a couple years. It seemed like our paths just kept crossing over the years, always in a positive manner.
He always seemed to have a smile on his face.
Remember all the good times.
Jesse Lynch

Kenny - We are both so sorry to read about your dad's passing. Sending prayers to you and your family. David and Susan Age

So sorry for your loss. Our thoughts & prayers are with the family. Bill always seemed to be laughing, fun to be around.

Mr. Brown was such a nice man. He always had a great smile. He taught me math in the 8th grade. I remember him doing a handstand and walking on his hands! He knew how to teach as well as entertain us. I don’t remember any other class that fun! My condolences go out to all three of his children! God Bless ! Ruth Wise Phillips

Dayna our hearts ache for you. We knew your dad through you and knew he was a good man because your eyes lit up when you talked about him. Curt & Denise

Had Mr. Brown as a teacher, nice man and quite a gymnast. May he RIP.

Dear Dayna, Kenny and family,
I’m so sorry to hear about your dad. He was a good man.