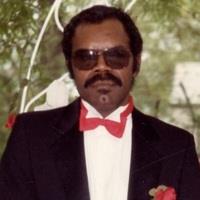 The twin brothers decided to establish a separate identification by serving in separate military branches, William joined the U.S. Navy while Thomas joined U.S. Army. After a tour of duty, they both returned home to Hopewell, and began gainful employment within their hometown, William was employed at Firestone until the plant closed. He then acquired employment at Bellwood until, he retired because of a disability while his twin brother Thomas began his tenure of employment of 37 years at Stone Container (Smurfit Stone Co.) until he retired because of disability.

The Giles Twins as they were known in Hopewell, VA, never met a stranger. They loved their family and friends; they also loved to laugh, and always had a smile for everybody. Their mentor was the late Rev. Curtis W. Harris, Sr.

Big Boys greatest joy was his daughter and grandchildren, well by the way his nieces and nephews had a special place in his “heart”.

William is survived by two daughters, Tyris White and Pamela White and one son,  William White; one  granddaughter, Talia Spence; three grandsons, Howard Kelly, Keon Lee and Tyree Ryles; three great grandchildren, Howard Ameir Kelly, Kennedy Lee, and Derrick Lee all from Baltimore, MD; a devoted mother, Eula Roney of Charles City VA;  a beloved sister, Annie Moore, Petersburg, VA; beloved brother, Samuel Giles of  Hinesville,  GA; two step-sisters, Jeanne  Graham of Petersburg, VA,  and Sandra Southerland of Kentucky; aunt, Louisiana Brown of Hopewell VA; a host of beloved nieces and nephews that he claimed as his very own kids; and too many friends to mention without leaving out someone he thought of as special because he thought of all his friends as “special friends”

William stood there one day and saw his twin brother go Home to Glory; telling him he would be there after a while. They are together again now; resting in the arms of Jesus to, “Study War No More”!

We thank God for all our friends and family that have expressed their goodwill in gifts and especially in prayer; as we travel through this time of grief and despair; still leaning and depending on our Heavenly Father for strength to endure until the end.

We, the family also expresses our sincere gratitude to William’s caretaker, all the doctors & staff at the Dialysis Center, the McGuire Veterans Medical Center and John Randolph Medical Center.

God Bless and Keep You!

My Condolences to Big Boy family. I worked with Big Boy at Bellwood. And his wife and Big Boy visited my husband and I many times I remember one night at a store in Hopewell I wad talking to his twin thinking I was talking to Big Boy. I couldn't tell them apart. They are happy again.

To the Family of Big Boy: May the healing hand of time help to ease your sorrow and may your special memories of Big Boy help brighten each tomorrow. I will always remember "our play times" together back in the 50's and '60's when Big Boy, Tear and many of their cousins from Hopewell spent their summers with their grandparents in Ammon. Those times spent together will never be forgotten and we look forward to meeting again one day. May your memories of him will be your comfort...

We pray that the Giles Family will find
comfort peace and the love of God during your time of bereavement.
Rev. Sylvia E. Jones
Floresta D. Jones

Rip my friend I never forget you. Until we meet again.

Im so sorry for yall loss. May he join his twin and may they RIP

One of my favorite cousins, we grew up as close as cousins can be. I will miss you Big Boy so glad I got to see you one last time and ad I told you the last time I saw you I will never forget all the times we spent together. Gone but not forgotten.

Big Boy was my god father. Him and my daddy were best friends. They grew up in Davisville. He used to always call me by my nickname cake. I am going to miss him.