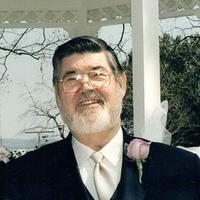 Dr. William Kenneth “Doc” Gray, Ph.D. was born to Cleburn and Veda Gray on July 25, 1938 in Munday, TX; the oldest of four sons born to the Gray family.  Doc attended Pecos High School, where he met his high school sweetheart, Mary Louise Spotts. Doc and Mary married November 30, 1956, and moved to Austin, TX, where Doc was attending the University of Texas.  Doc would later change his major course of study ultimately attending Texas A&M University achieving his Bachelor’s degree in Psychology.  Doc continued his education at Stephen F. Austin University completing a Master’s degree in Psychology, and then returned to Texas A&M University to complete his Doctoral degree in Education.  It was while interning for his psychology program that Doc discovered his life’s passion: working with and serving persons with special needs.  Doc began working at Lufkin State School and eventually moved to Travis State School, where he retired in 1986 as the Director of Community Services. A position that allowed him to work to develop many of the community programs now available to persons with special needs in the state of Texas.  After retiring from the State, Doc and Mary founded Kenmar Residential Services, Inc., where they dedicated their lives to serving persons with special needs in group homes across Texas.  Throughout the years, Doc grew the company, expanding the services that Kenmar provides.  Doc was a constant champion and advocate for the extraordinary people he served until his final retirement in 2012, after his wife, Mary’s, passing.

Doc and Mary were blessed with three children throughout their long marriage, Sabrina, Ken, and Diane.  Doc’s children worked side-by-side with him at Kenmar, and shared in his passion for serving his people.  His legacy of serving persons with special needs continues through Kenmar today, and his passion for service has been passed down to his grandchildren.

Doc was blessed in his later years to find love again, marrying Nancy Godfrey in January 2013.  Through his marriage with Nancy, Doc’s family expanded to include Nancy’s children, Darla, Angie, and Shawn, as well as their families.  Doc’s final years were filled with love, laughter, and happiness as he enjoyed his retirement, travelling often to New Mexico, returning to his rural roots setting up a farm near Kingsland, and sitting on his front porch with his dogs.

Doc passed away on July 26, 2021 at his home near Kingsland, surrounded by family.

Doc is preceded in death by his parents, Cleburn and Veda, his brothers, CT and Robert, his first wife, Mary, and his son through marriage Shawn Godfrey. He is survived by his wife Nancy Gray of Kingsland, brother Weldon “Shorty” Gray of Munday, daughter Sabrina Gray-Argo and husband Danny of Temple, son Ken Gray and wife Denise of La Grange, daughter Diane Parnham and husband Chad Couch of Lampasas County, son Brad Parham and his wife Jennifer of Georgetown, daughter Darla Wilhite and husband Andy of Kingsland, daughter Angie Godfrey of Kingsland, numerous grandchildren, great-grandchildren, cousins, nieces and nephews.

So sorry to hear of Ken's passing. He was a towering figure in the field of developmental disability services, in more ways than one. He made a lasting impression on me and many others who worked with him over the years. Condolences, thoughts, and prayers to family and friends. Harold Bay, Jonestown, TX

He would always light up a room with his humor. He spent a lot of his time helping others and that is why I felt real comfortable to be around him. The world needs more people like him. He will be deeply missed, but never ever forgotten. Thanks for all your generosity Doctor Gray. Until we meet again my friend. ❤

In loving memory of a wonderful person. We will miss you always.

So sorry for your loss. He was a great human