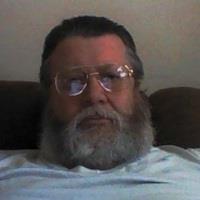 William Edward King, 71, of Frederick, passed away on Monday, April 26, 2021 at Meritus Health Medical Center, Hagerstown. Born in Frederick on September 4, 1949, Bill was a son of the late Charles F. and Betty Six King.
Bill was a graduate of Thomas Johnson High School Class of 1967 and proudly served his country in the United States Army, during the Vietnam War. He had worked for many years in security for the Frederick Memorial Hospital. He was a life member of the Francis Scott Key American Legion, the VFW and Independent Hose Company.
Surviving are his brothers, Larry W. King, Curtis F, King, Sr., and wife Linda, all of Frederick and many nieces and nephews. He will be remembered by special friend, Robin Ashley. He was preceded in death by a sister, Twyla Ball and her husband Ernie.
The family will receive friends from 2 to 4 p.m., on Sunday, May 2, 2021, at the Keeney and Basford Funeral Home, 106 East Church Street. Funeral services will be held at 11 a.m., on Monday, May 3, 2021 at the funeral home. Interment will be in the Mount Olivet Cemetery, Frederick.
In lieu of flowers memorial contributions may be made in his memory to the Salvation Army, 223 West 5th Street, Frederick, MD 21701.

We have many fond memories of days passed growing up on 7th street with the Kings. We are saddened to read about the passing of Bill. Our thoughts and prayers are with the family as they go through the loss of a loved one.

Thanks so much Bill for all of the countless hours that you spent helping other! May you rest in peace!