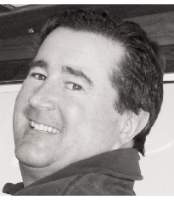 Not the right person? See All ›
LOCATION
New Canaan, Maine

MAHONEY--William P. "Bill" Of New Canaan CT, died April 30 at the age of 55 years following a brief illness. He was born in Portland, ME on October 24, 1957 to William D. and Ellen Marie (Lucas) Mahoney, the eldest son and second of five children. He graduated from South Portland High School in...

Our deepest prayers and condolences to the Mahoney family. I had only seen Bill twice since college but his spirit was timeless. Tim & Tara Poulin

Bill was an original and remains an inspiration to me for his determined enthusiasm, generosity, intelligence and courage.

During his years at Bankers Trust in Australia, he was a terrific friend, boss, mentor and most engaging dinner companion. As a story-teller and observer of people, Bill was without peer.

It was a privilege to have known him, worked with him and for him. He will be greatly missed. Alix Ballard

Dear Alice and family,Bill was one of the most inspiring people I have worked with and I still apply the things he taught me. He was second to none in putting a great team together and leading from the front. I can still clearly remember some of the funny stories he used to tell us over a beer at Level 5 of the Wentworth Hotel in Sydney, where he held court almost every Friday after work in the late 90's. Bill was a truly great guy and I am deeply saddened to hear of his passing. My sincere...

My thoughts and best wishes go to the Mahoney family. Bill was successful in so many ways. I hope your fond memories will bring some peace to you.

May fond memories give you peace...

Our prayers and sympathies are with the entire Mahoney family. Jim, Bill was your brother and perhaps more importantly, he was a best friend. You had great times together and those memories will last. My thoughts are with you. Andrea and Wayne

We will always remember Bill for his perpetually cheery, generous and enthusiastic personality, but what is seared in my memory is how he lit up when he was around his three girls.
My heart goes out to you, Alice, JoJo and Virginia,
Sending you all our love
Min Ian Adelaide Emma and Sophie

We are truly saddened to hear about the loss of a truly great guy.. Bill was the complete package in a person. Lots of great memories, I think all of them hilarious, with Bill leading the pack in tears of laughter telling a story.

Diane and I both send our deepest sympathies, plus our thoughts & prayers at this most difficult time. May Jim, Michelle, Fran & Ella take comfort in the memories, generosity and love of their beloved Bill.

Never miss an update about WILLIAM. Sign up today.