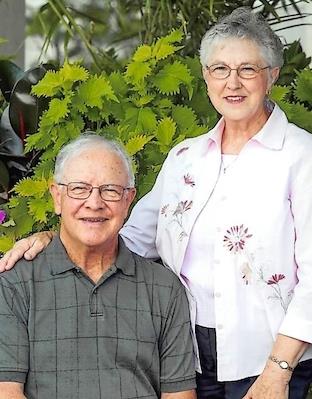 Not the right person? See All ›
AGE
79
LOCATION
Chillicothe, Ohio

Bill was a graduate of Chillicothe High School, class of 1959. After high school and working at the Alcoa Aluminum Factory, he was drafted into the United States Army, where he honorably served from 1963-1965. He was stationed in Bad Kissingen, Germany. Bill was in service along the US - USSR border of Germany, on a mission of National Security. He received the Specialist Four distinguished service award, and was awarded a lifetime honorary membership in the Border Patrol, of the 2nd Squadron 14th Armored Calvary Regiment. He also made life long friends during his service time. He returned to Chillicothe and continued working at the Alcoa Alum. Factory, until taking a job at the newly opened Kenworth Truck Company, in 1974. Bill went on to work as a Warehouseman in the shipping department at Kenworth, for 33 years before his retirement in 2007.

From early childhood, Bill's father Russell instilled a lifelong passion for collecting, buying, and selling antiques and collectables. He and his wife Diana spent many weekends, for nearly 50 years hosting and attending yard sales and auctions, where they made many life long friends along the way. Another one of Bill's hobbies, was wood working in his basement workshop, where he made foot stools, benches, and bookshelves, along with refinishing antique furniture, all the while listening to his favorite country music playing on the stereo. Bill enjoyed many sports and was a big fan of the Ohio State Buckeyes, the Cincinnati Reds, golf, tennis, Nascar and more. He and his family enjoyed traveling and seeing the country. They always enjoyed seeing something new and different, many state parks, historic landmarks, and the beauty of our great 50 states. Trips to the N. Carolina beaches with life long school friends will always hold beautiful fond memories. Bill and Diana had a passion for family genealogy and took many road trips to cemeteries, courthouses, and research libraries making wonderful memories along their journey, together.

A Celebration of Life Service will be held at 1:00pm on Friday, September 18, 2020 at the Haller Funeral Home, with Pastor Roger Webb officiating. Military graveside services conducted by the Ross County Veterans Honor Guard will follow in Grandview Cemetery. Friends may join the family for a visitation from 11:00am until the time of the service. Due to Covid-19, the funeral home and family asks guests to respect social distancing requirements and to wear face coverings upon entry.

In lieu of flowers, memorial contributions can be made in his honor/memory: to the Chillicothe High School Class Scholarship, checks payable to CEF c/o Class of 1959, to Tom Spetnagel, 24 Ridge Drive, Chillicothe, OH 45601, or to the Veterans in Transition, Ross Co. Veteran Services at 475 Western Avenue, Suite C, Chillicothe, OH 45601.

His online memorial guestbook is available at www.HallerFuneralHome.com