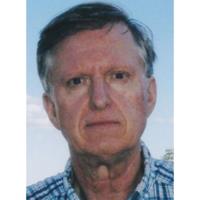 William Alfred Reiser died November 22, 2021 at his home in Shoreline, WA, at age 80. In his final weeks, he was happily surrounded by his family and visitors.

Born in Seattle at Maynard Hospital on August 3, 1941 to Sylvia Koenekamp and Alfred Reiser, Bill grew up in Ballard and Edmonds. He enjoyed reading Classics Illustrated comic books and studying maps and postage stamps, discovering an enduring interest in history and geography. He graduated from the University of Washington and served in the Washington Army National Guard. He worked for the Seattle Times for 49 1/2 years - not counting the newspapers that he delivered on bicycle in his childhood. He met Mary Patricia Lyons in 1966. They married in May 1969 and together raised their son and four daughters. He was a parishioner of St. Luke’s Church for 51 years and was baptized into the Catholic faith at Easter Mass in 2010. His family remembers him as eternally optimistic and kindhearted, a caring and patient father, and as a vivid storyteller and lifelong philatelist.

Bill was always at his happiest with his family. He is survived by Mary and their children, Susan Volkman and husband Paul, Sharon Hill, Charmaine Reiser, Billy Reiser and wife Emily Walner, and Maureen Hunziker and husband Andrew; his grandchildren, Sydney, Lucca, Camden, and Chelsea Volkman and Andy, Samantha, and Lucy Hill; his siblings Linda Frenkel, Louise Lumppio, and Charles Reiser and wife Johanna; his aunt Janice Newbill; and his nieces and nephews. He is preceded in death by his parents, brother-in-law Robert Lumppio, son-in-law Drew Hill, and nephew Kirk Reiser.

Bill’s family would like to thank Ousman for his love, care, respect and dignity he showed Bill, as well as the staff at Evergreen Home Hospice Care.

Recitation of the Rosary will be Sunday, November 28th at 6:30pm

The Funeral Mass will be live-streamed via Facebook on the ‘St.Luke Catholic Church’ page  for those unable to attend.

Remembrances in Bill’s memory may be made to St. Luke School’s Annual Fund or Evergreen Hospice Care.

I met Bill (or Mr. Reiser) at the age of 12 in Tukwila as I was walking down the street and he asked me from his car window, if I would like a job. This launched me on a path that included newspaper delivery, station manager, salesman, and an offer to become district advisor at the Seattle Times. I will always be grateful for his offer that changed my life for a number of years. A good man. RIP Bill.

Sending love and peace to Charmaine and the entire Reiser family during this challenging time. Wrap yourself tightly with a cloak of the wonderful memories as you remember your father. Gretchen and Ken Frey, friends of Charmaine.

I wish your hearts be filled with peace from all the happy memories of your joyful times together.

I am sad we didn't have more time to get to know you better but I feel grateful our daughter can share her life with your son. Bless you and may you rest in peace.