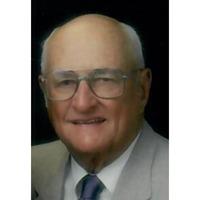 William Collins Staples, 88, of Henderson, Kentucky, passed away peacefully on Sunday, September 19, 2021, at the Lucy Smith King Care Center under the care of St. Anthony’s Hospice and surrounded by family and friends.

William C. “Bill” was born in Hebbardsville, Kentucky, on January 22, 1933, to the late Waverly Staples and Susie Beatrice Collins Staples.  He was a 1951 graduate of Hebbardsville High School, a 1955 graduate of Western Kentucky University, and a veteran of the United States Air Force.

In addition to his parents, Bill was preceded in death by his brother, Waverly Eugene Staples; infant grandson, John Isaac Brunner; and dear friend, Edward Hazelwood.

Bill’s wishes were for private services.

What does one say about someone who is bigger than life? Bill was so self-assured, and never intimidated by anyone. If you were one of the lucky ones, he loved you dearly. In my earlier years he hired me twice. We laughed together and even cried and I was always grateful for the friendship I shared with him and Charline. I send my heartfelt condolences to all the family, you were so fortunate to have had such a charismatic
personality in your midst.

I am so sorry to hear of Bill’s passing. I had the privilege of working with him at Audubon Area Community Services for several years. He was known for his sense of humor and he truly cared about people. A few years after I was employed at another agency, I ran into Bill at a local shop. He was looking at Christmas decorations. I was not sure he would remember me as it had been many years since I had seen him. Bill immediately recognized me & after catching up, he started describing how...

In loving memory of a wonderful person. It has been many years but he was important in my life for a time. My heart goes out to you Ms Karen and your whole family. Rest assured he is at peace with the angels.

Our prayers and thoughts are with Charlene and her family. Jerry & Myra

My sympathy to Charlene ,whom I remember fondly from traveling with to WKU many years ago.
Also my sympathy to Karen whom I had the privilege of teaching some years back... and my thoughts
are also with Kim and Michael. May God be with you all!

Prayers go out to Charlene and family. My parents always enjoyed you as neighbors. Sincerely Terry Tatum Potter

Bill What is my boss at Audubon Area Community Services for 25 Years. He was a lot more than a boss he was my friend and an amazing man.

It was always good to visit with Mr. Staples, especially in your home to enjoy his love for Christmas. I appreciated that he always spoke my name when we talked and that he showed interest and asked questions about family, people and places we shared in common. My sincere condolences extend to all your family. I am so sorry for your loss. May he rest in peace and may light perpetual shine upon him ❤

I will miss this man so much! He was not only my boss for 11 years at Audubon Area Community Services but my lifelong friend. He prided himself on teaching Tracie Howe and I the difference between bologna and prime rib! He bragged, to anyone that would listen, that he saw us through our courtships, marriages, home building, and children. He had such a generous heart which I suppose is why he loved Christmas so much. His Christmas room was his pride and joy and he loved showing it off. He was...

Never miss an update about WILLIAM. Sign up today.