Aubrey Parsons Owen, of Albuquerque, New Mexico, formerly of AbiquiÃº, New Mexico, passed away peacefully at home on July 8, 2021, at the age of 87. Aubrey was born on December 12, 1933 in Abilene, Texas, to William Rainey and Ola Verda (Parsons) Owen. Aubrey graduated from Abilene High School in 1952, Texas Christian University in 1956, studied on a Rockefeller Fellowship at the University of Chicago's seminary in 1964, and received a Master's Degree in Education from Columbia University in New York City in 1965. Aubrey is survived by his beloved wife of 61 years, Yuvonnia (Vonnie) Kornegay Owen, daughter Reina Owen DeMartino and husband Thomas of Albuquerque, son Dan Owen and wife Melanie of Hermiston, Oregon, and son Paul Owen and wife Shirley of Lindale, Texas. He is also survived by grandchildren Giuseppe DeMartino (and fiancÃ©e Briana ChacÃ²n), Lucia DeMartino (and partner Emilio Duran), Katie Pace, Julie Pace DeCoria (and husband Brandon), Haley Pace Fox (and husband Cody), Morgan Owen, Erin Owen Walkley (and husband Dakota), Rachel Owen, and Dan Owen; brother Rainey Owen and wife Rita of Lexington, Texas, brother Dan Owen and wife Sandy of Austin, Texas; and godchildren Colorado Cordova, Brian Sandoval, Angelica Martinez Serrano, Tamika Holmes Muller, Lisa Haselbauer Angstenberger, and Lisa Burkstaller. When Aubrey and Vonnie married in 1960, Aubrey was a geologist with Humble Oil Company in Roswell, New Mexico. Aubrey was inspired by Presidents Kennedy and Johnson's call to action on civil rights and social justice initiatives, which led him to working in the War on Poverty in Southeastern and Northern New Mexico, Nebraska and Colorado, and serving three years in the Peace Corps in Venezuela, the first steps in a life of service motivated by his faith. Aubrey's desire to continue to serve his community and everyone in it led him to become Community Program Coordinator with Ghost Ranch, a position created for him by Director Jim Hall. In that role he impacted many people in the communities of Northern New Mexico and brought meaningful, lasting improvement to the world. Aubrey dedicated his life to serve his family, friends, and community, but always felt that he received much more than he contributed. He led a life filled with beauty and blessings, including his family and friends throughout the world, the beauty of Northern New Mexico, and a vocation that allowed him to do what he could to promote, peace, justice, and healing in this wounded world. He truly lived a Micah 6:8 life by seeking justice, loving mercy, and walking humbly with his God. Aubrey was an active member of the St. Thomas Parish in AbiquiÃº, where he and Vonnie, with other Lay Presiders, led communion services throughout the parish for years, and served twice as Mayordomos de Santa Rosa. Aubrey was a member of the Joe Ferran Community Center Board for 25 years, a founding board member and Board President of the New Mexico Community Development Loan Fund and served as Board President of the New Mexico Solar Energy Association from 1981-83. In 1990 the Association awarded Aubrey the Peter Van Dresser Award, "For exemplary contributions to the fields of solar energy and related arts, sciences, and technologies, local and community self-reliance, and sustainable growth and development; and for life work demonstrating a concern for the ecologic, social, and economic fabric of the human community." Aubrey was also a founding Board member of the Rio Chama Acequias Association and served several years as Board Vice-President. Aubrey also played on the AbiquiÃº "Viejos" basketball team into his 60s. After retirement to the family home in AbiquiÃº in 2001, Aubrey enjoyed tending to animals of all shapes and sizes, working on the house, gardening, irrigating, visiting with friends, hiking with his and Vonnie's hiking group, and traveling. When Aubrey and Vonnie moved to Albuquerque in 2009, they quickly became dedicated fans of their grandchildren's Albuquerque High School teams and traveled frequently to see their out-of-state grandchildren and friends. A celebration of Aubrey's life will be held August 28, 2021 at 11:00 am in the AbiquiÃº Parish Hall in AbiquiÃº, New Mexico. A family internment service will be held this fall at Murphy's Chapel, the family cemetery, in Lea County, New Mexico. In lieu of flowers, the family requests that you make a donation in Aubrey's name to the New Mexico Community Development Loan Fund at https://www.loanfund.org/, Cottonwood Rehab at https://lewf.org/campaigns/cottonwood-clinic/, Roadrunner Food Bank at: https://www.rrfb.org/, the Animal Humane New Mexico at https://animalhumanenm.org/, or any organization, preferably local, which would benefit someone or something in need.

To plant trees in memory, please visit our Sympathy Store.
Published by Albuquerque Journal from Jul. 15 to Jul. 18, 2021.
MEMORIAL EVENTS
Aug
28
Celebration of Life
11:00a.m.
Abiquiú Parish Hall
, Abiquiú, NM
MAKE A DONATION
MEMORIES & CONDOLENCES
10 Entries
We are so thankful at having had the privilege of knowing Aubrey during our lives. Dwight became active with the Solar Energy Association when Aubrey approached him for funding from the State in the 70's. This led both of us to get to know him and his family throughout the years, finding many things we shared in common such as a life of service with Peace Corps and the Church; Consuelo teaching Spanish at Ghost Ranch and being part of a research regarding the relationship of Ghost Ranch and the surrounding communities, which was extremely positive thanks to Aubrey's efforts. Having our children meet and get to know one another over the years, and being able to be by his bed side on the day of his meeting with the Lord. So many good things he led us to, such a rich history in service on his part, such good children who keep his tradition and love and Bonnie, who has been the ideal companion and supported for a great man. Love at its best, the love of God manifested in them always. We thank God for having met Aubrey who enriched our life beyond words!
Dwight and Consuelo O Walker
July 26, 2021
Such a lovable man, and someone anyone could truly admire. Aubrey will live on in my heart's memories so vividly. All my love, sympathy and prayers to Vonnie, Reina, Dan, Paul, and their children.
Leigh Harris LaFon
Family
July 20, 2021
A life well lived. Sending my love to you all. Aubrey was a wonderful man.
Amy Harris
Family
July 19, 2021
My deepest heart-felt condolences to the Owen family. May God provide you strength and comfort during this most difficult time. Love and prayers Jennifer
Jennifer Lopez Martinez
Friend
July 19, 2021
He was always a partner in our work together at the Ranch and Plaza Resolana. His work and his life were exemplary. It was a joy to know him. Kathleen Jimenez and Michael Chamberlain
Kathleen Jimenez
July 18, 2021
Praying for peace and comfort. Aubrey will be missed.
Garvin and Jan
Family
July 17, 2021 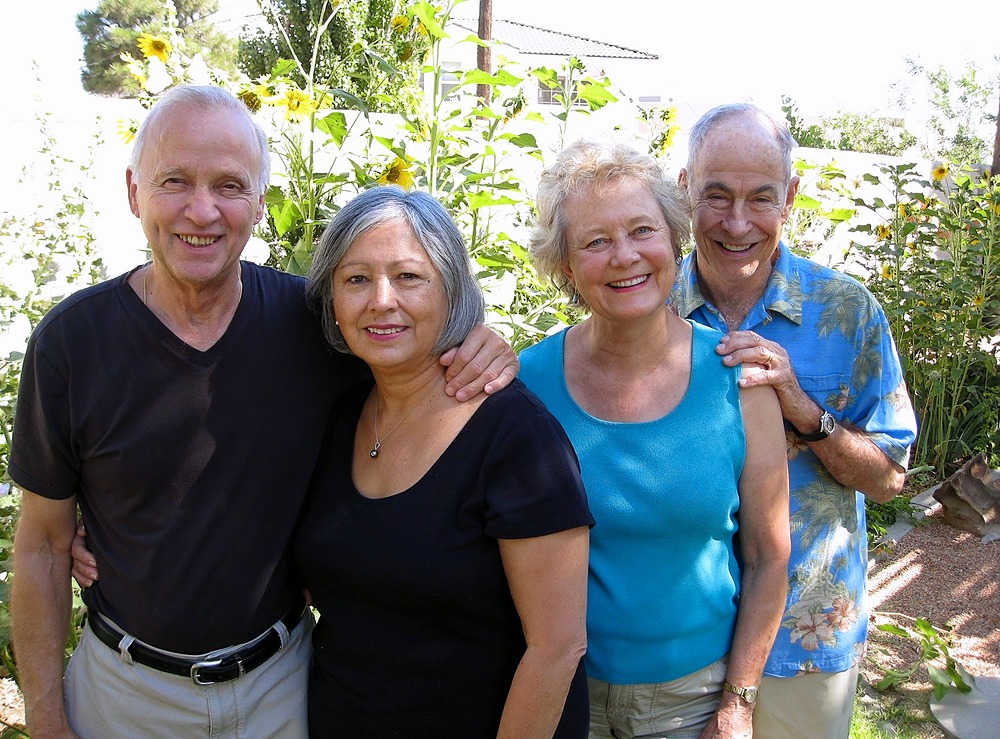 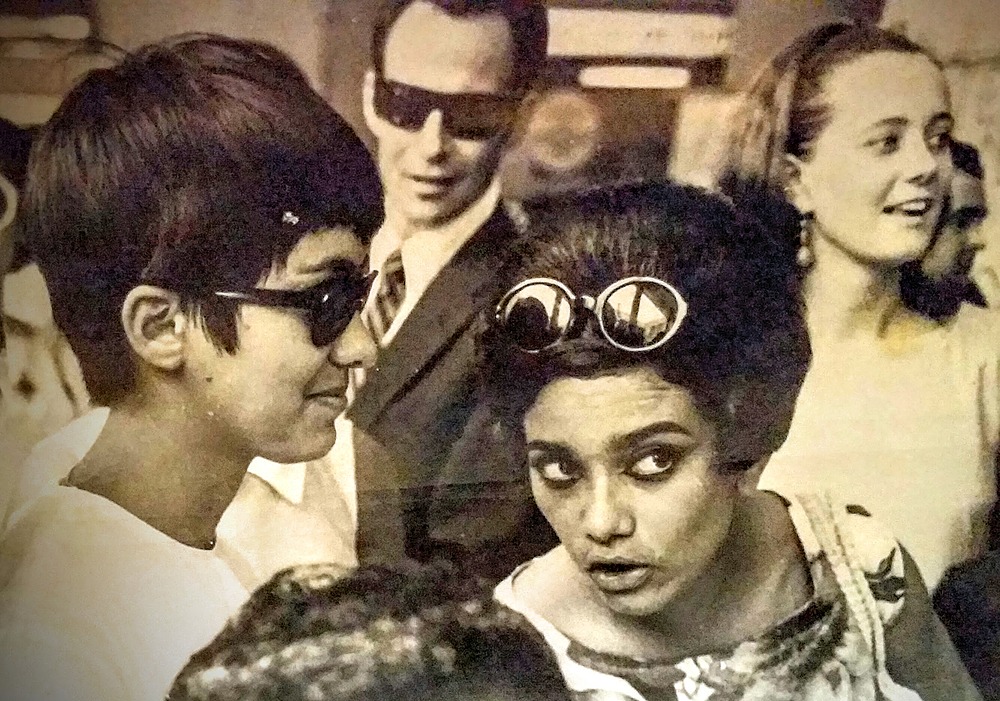 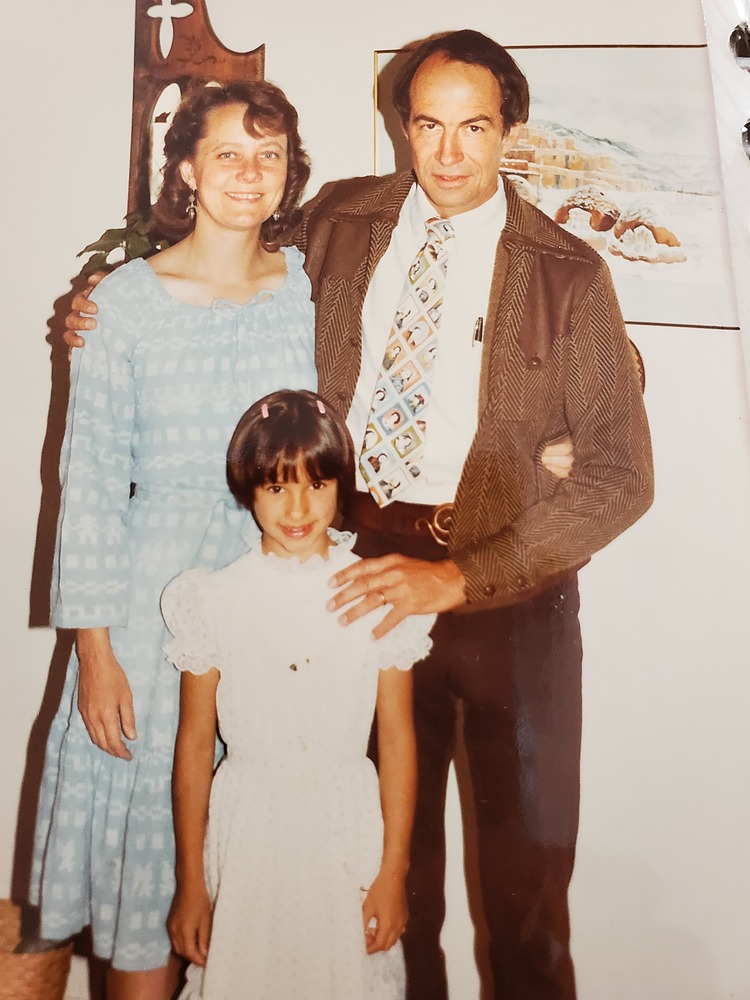 The Haselbauer's
Family
July 15, 2021
Gunther and I will always remember Aubrey, Vonnie and their beautiful family. They have been a great part of our lives from the beginning when we met 54 years ago in Maracaibo, Venezuela. There is where Gunther and I met while he was serving in the Peace Corp. Aubrey and Vonnie are our Padrinos de boda and Compadres . Padrinos to our daughter Lisa Renee Haselbauer Angstenberger. We are keeping you all very close to our hearts and prayers. Rest in Peace our dear Padrino/Compadre.
The Haselbauer's
Family
July 15, 2021
Showing 1 - 10 of 10 results