Clinton "Clint" Bernard Dorwart passed away peacefully surrounded by his loving family in Albuquerque, NM on September 28, 2021. Born to Olive (Elbert) and Dr. Jason Dorwart in Friend, NE on July 21,1934. He grew up in North Platte, NE and graduated from St. Patrick's High School. He was given the Telegraph-Bulletin Honor Award in 1952. Clint attended Creighton University in Omaha, NE where he received his Pharmacy degree in 1956. While attending Creighton, he attended a "Coketail" party where he met the love of his life, Carol Lee Roh. They were married on December 29, 1956, and had a remarkable 64year marriage during which, they created a beautiful family with their four children. They made homes in Alabama, Nebraska, Colorado, and Clint found "his place" in Albuquerque, NM. Clint was the storyteller of the family and loved nothing more than reminding family members and friends of humorous interludes or awkward moments with a twinkle in his eyes and his trademark love and humor. He had a big heart full of love; yet that same big heart led to the health issues he battled for years with his usual grace and humor.

Clint was a registered pharmacist and owned pharmacies in Lexington, NE in the 1960s. He began his career with Merck in 1967 and received the prestigious Vice President's Club award in 1990. He retired as a senior professional representative in 1993. Clint was a commissioned officer in the United States Army. A proud patriot, he served two years active duty as a pharmacy officer, eventually retiring from the US Army Reserves with the rank of Lieutenant Colonel in 1995.

Clint adored his grandchildren and spent as much time as possible with them, guiding them and showering them with his love. He was a man of character and a living example of how to live a good, purposeful life. Clint loved being with his family more than anything and telling stories that kept the family history alive for the next generation. His sense of humor was legendary, and his kindness made a lasting impact on everyone who knew and loved him. Clint also enjoyed being outdoors taking his family camping and hiking in Colorado and New Mexico, encouraging his children to "canvass the campsite" and making pancakes, rain or shine. In their retirement years, Clint and Carol took pleasure in traveling and camping in their fifth wheel. They also loved traveling in Europe, Ireland in particular, where Clint kissed the Blarney Stone not once but twice.

A devout Catholic, Clint was a parishioner at Our Lady of Annunciation Catholic Church. Clint was one of the first lay lectors at St. Ann's Catholic Church in Lexington, NE and also served in that capacity at the Shrine of St. Bernadette in Albuquerque. Clint was a long-time member of the Earlybird Toastmasters Club and brought Toastmasters to 4H Club members and inmates at the Santa Fe State Penitentiary. A Fourth Degree Knight in the Knights of Columbus, he most recently belonged to the Holy Child Council. He was active in his children's activities when they were growing up including leading YMCA Indian Guides groups, serving as a Roadrunner Little League Commissioner, timing AAU track meets for the Duke City Dashers, and serving as Co-president, with Carol, of the Eldorado High School Football Booster Club. In his later years Clint volunteered in the pharmacy at Anna Kaseman Hospital.

Clint's family will always be grateful to the wonderful caregivers at Morningstar Assisted Living who cared for him with such kindness. The family owes a debt of gratitude and love to long-time family friend and physician Suzanne PiÃ±Ã³n, MD who cared for Clint during his last years and went above and beyond during his last days.

A rosary will take place at 6:00pm on Thursday, October 14, 2021, at FRENCH-Wyoming, with visitation starting at 5:00pm. A mass will be celebrated at 10:00am on Friday, October 15, 2021, at Our Lady of the Annunciation, 2621 Vermont St.NE. A committal service will take place at Santa Fe National Cemetery on Thursday, October 28, 2021, at 3:00pm. In lieu of flowers, memorials may be made in Clint's name to a charity of your choice. Please visit our online guestbook for Clint at

Published by Albuquerque Journal from Oct. 3 to Oct. 10, 2021.
To plant trees in memory, please visit the Sympathy Store.
MEMORIAL EVENTS
Oct
14
Visitation
5:00p.m.
FRENCH-Wyoming
NM
Oct
14
Rosary
6:00p.m.
FRENCH-Wyoming
NM
Oct
15
Funeral Mass
10:00a.m.
Our Lady of the Annunciation
2621 Vermont St.NE, NM
Funeral services provided by:
French Funerals & Cremations - Wyoming
MAKE A DONATION
Please consider a donation as requested by the family.
MEMORIES & CONDOLENCES
6 Entries
Our deepest sympathies and prayers for the family. As a pharmacist I worked with Clint at Kaseman Hospital. He was an exceptional man, kind and generous with a great (Irish) sense of humor. He was responsible for me joining Toastmasters some 30 years ago, an action that changed my career path. He will be missed greatly.
Don and Liz McGuire
Work
October 13, 2021
We are sorry to hear of Clint's passing. He was a kind & generous man with a great (Irish) sense of humor. He will be missed. Prayers for the family in this most difficult time.
Don and Liz McGuire
Friend
October 13, 2021
I am so sorry and send my heartfelt condolences to the family. I began with Merck as a 25 year old in 1991 and your dad was my mentor. He was such a kindhearted, thoughtful and gracious man and I learned from the best. One thing he told me, and I never forgot - "As a Merck representative, you are a guest in the office- and be sure to leave the close parking spots for the patients." And until last year when I retired with Merck, I never forgot to do that. Clint was one of a kind and I´m glad I reached out to him a few short years ago to just say "Hi." May you all find peace and healing from his passing.
Karen Merwin
October 12, 2021 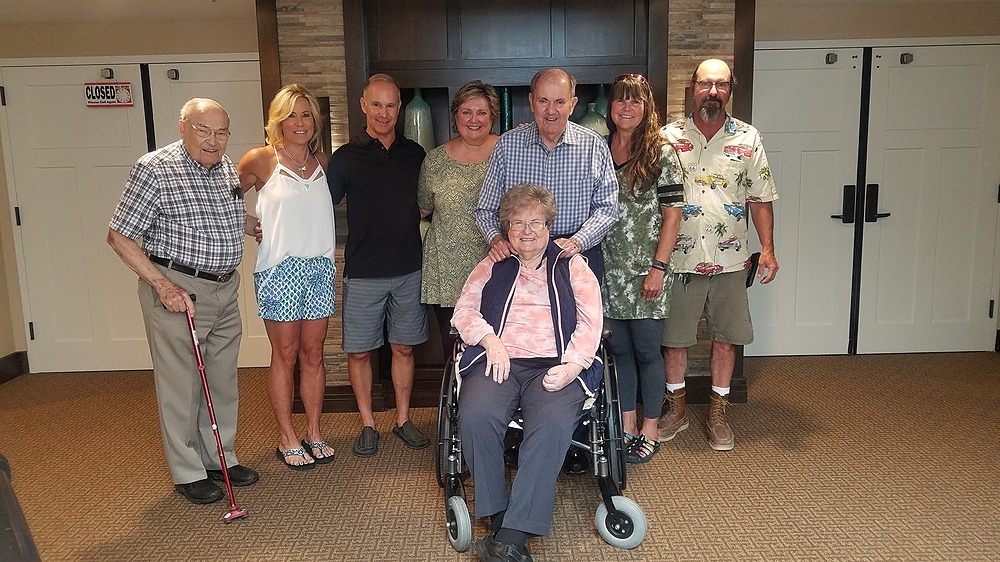 My deepest sympathies to my sweet Aunt Carol, Mary Cheryl, Jeff, Therese, Tony and the rest of the Dorwart family. Uncle Clint was a stand up man who could tell some great stories. He always had a smile on his face. I will miss him. I love you Uncle Clint.
Serena Roh Treworgy
Family
October 5, 2021 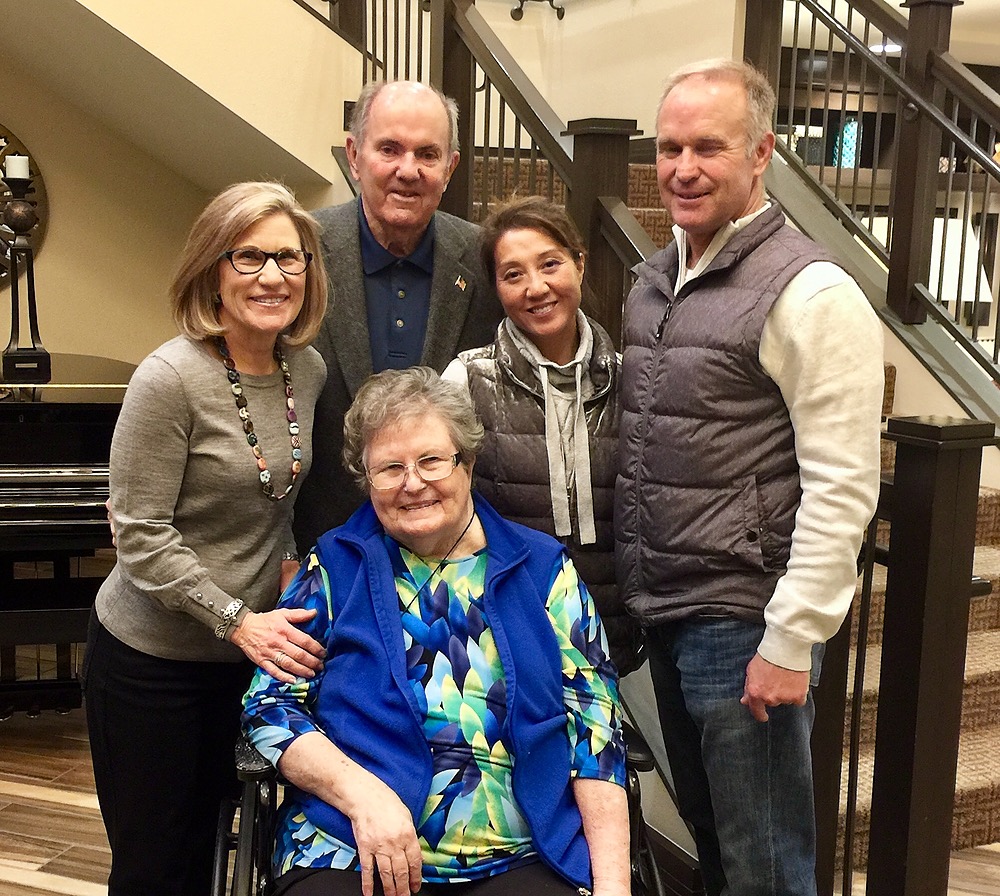 Our Uncle Clint was so loved and admired by our family and will be greatly missed. Tom and I always enjoyed our Albuquerque visits when traveling through the area. We pray for your strength and ask for God´s blessings for the Dorwart family at this time.
Tom and Celie Roh Windham
Family
October 4, 2021
I had the privilege of getting to know Clint when he volunteered at Kaseman Hospital. He was the kindest human being I have ever met. His clever humor and warm personality made the days that he volunteered such a joy. My sincerest sympathies go out to all his family and friends, as I know he will truly be missed.
Patsy Martinez
Work
October 3, 2021
Showing 1 - 6 of 6 results