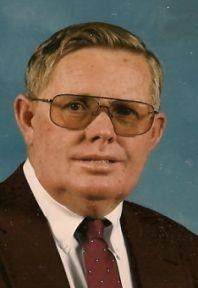 Robert "Gab" Joiner was born on September 29, 1934 to Otis and Mae Joiner in Portales, New Mexico.

Gab was a hard worker from the beginning working road construction with his father. At 18 he met the love of his life Evonna Joiner, they were married on August 7, 1954. Gab Joiner went on to raise two wonderful children, start a business, and begin his hobby working on antique cars. Gab did everything he could for his community, helping Rio Rancho turn into a thriving city. He also built one of the most honest and genuine businesses in Rio Rancho. He loved his city and his employees admired his determination throughout his career.

Later in life Gab and his wife Evonna enjoyed a life of traveling and being with their family. Gab and Evonna were married for 60 years. They worked and played together, they truly created a beautiful life and family together.

Gab passed away on May 29, 2015, surrounded by his wife, his daughter, his son, his granddaughter and his brother-in-law and sister-in-law.

Gab leaves behind his wife, Evonna Joiner, his two children and spouses, Bill and Evonne Joiner, and Melvonna and Bobby Roy. He also leaves behind three grandchildren and their spouses, Christopher and Amy Joiner, Shane and Erin Roy and Devonna and Nathanael Hook, as well as numerous nieces and nephews.

The family would like to thank Genteva Hospice and Home Instead for their genuine compassion and love during this difficult time.

In lieu of flowers: Gabby loved children and Rio Rancho. Gabby was an amazingly generous man and did so much for people in Rio Rancho. In honor of Gabby, contributions will applied towards the creation of a special place at the A Park Above in Rio Rancho. Construction themed play equipment will be purchased and installed in A Park Above in memory of Gabby. This inclusive park, being constructed by the City of Rio Rancho, is designed to remove social and physical barriers so that children with and without disabilities can experience the joy of play side by side. This special area in the park will be designated as "Gabby's Place" and will touch the lives of thousands of children and families and giving them the opportunity to experience the joy of play each and every day.

To view information or leave a condolence, please visit

Published by Albuquerque Journal from Jun. 1 to Jun. 2, 2015.
To plant trees in memory, please visit the Sympathy Store.
MEMORIAL EVENTS
Jun
3
Funeral service
10:00a.m.
Sagebrush Communtiy Church
6440 Coor Blvd NW, Albuquerque, NM
Jun
3
Entombment
Vista Verde Memorial Park
4310 Sara Rd SE, Rio Rancho, NM
Funeral services provided by:
Daniels Family Funeral Services, Sara Chapel
MAKE A DONATION
MEMORIES & CONDOLENCES
Sponsored by Daniels Family Funeral Services, Sara Chapel.
4 Entries
Barbara and I wish you the peace that comes with time and the comfort of your memories.
So sorry for your loss.
Barbara and Dick Stumb
Dick Stumb
June 3, 2015
RIP Gab....you have been a true and faithful servant. You and Evonna were such inspirations to all of us on Great Race. Every time I looked at you, I thought of my oldest brother, Mac. I am unable to attend your service but will be there in spirit.
I can just imagine you, Tom, Marvin, Leroy and many others planning that great race in Heaven.
Lifting up your family for God's loving embrace...
BLESSINGS to all, Sister
Sister McRae
June 2, 2015
Your in our thoughts and prayers. Love Ricky Joiner and Family
June 1, 2015
We send to all of the Joiner family our deepest sympathy.
Much love and many prayers,
Randy and Connie Powell
Randy Powell
June 1, 2015
Showing 1 - 4 of 4 results