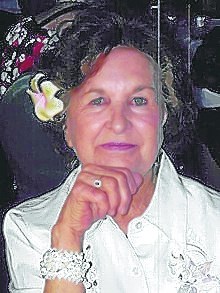 FUNERAL HOME
GEESEY-FERGUSON FUNERAL HOME,INC.
301 North Avenue F
Crowley, LA
Memorial services will be held Monday, Oct. 25, 2021, at 2 p.m. in the Chapel of Geesey-Ferguson Funeral Home for JoAnn Addison John, 85, who died Thursday, October 21, 2021, at 9:45 a.m. as she entered into eternity peacefully surrounded by her loving family. Fr. Andrew Schumacher, Pastor of St. John the Evangelist Catholic Church-Mermentau, will officiate for the service. The family requests visiting hours Monday from 9:00 a.m. to service time with a rosary being recited at 11 a.m. Reverend Rocky East, JoAnn's cousin, will do a Celebration of Life at 1:00 p.m. Inurnment will follow the services in Woodlawn Cemetery. JoAnn was known for kindness and ability to see the best in others, as she would say "Everyone is different." She had a unique way of making everyone feel like they were her favorite. She always had a kind word and complete strangers would open up to her as she was quite the listener and never judged. Her home was one where all were welcome and received a great meal, as she was quite the cook. She shared her love of cooking with many by catering their special occasions. She loved spending time at Toledo Bend and fishing with her husband. JoAnn had a love of travel and exploring the world with her family and friends. Many trips were taken with her siblings and their spouses, her in-laws and later Sister's Trips which included her sisters-in-law. She passed down her love of travel as her daughters and daughter- in-law joined in and then her granddaughters. Some of her favorite times were the Annual Girls Slumber parties with her family and childhood friends. JoAnn will be greatly missed by all who knew and loved her. Mrs. John is survived , by four daughters, Mona J. Petitjean of Crowley, Sabrina J. Stutes and her husband Donald of Rayne, Angela J. Johnson and her husband Gerald of Crowley, Cherie J. Light and her husband John of Baytown, TX; one son, Todd John and his wife Connie of Crowley; son-in-law, Marty Semmes of Crowley; three sisters, Peggy Ploen of Shorewood, MN, Linda Wiggins and her husband Ron of Houston, TX, Bessie Esthay and her husband Terry of Lake Charles; an aunt Nina A. Gilbert of Cassville, MO, JoJo's 16 grandchildren, Heidi P. Credeur, Amanda Petitjean, Joseph Dave Petitjean IV, Hannah S. Fulguim, Natalie S. Harmon, Brandon Thibodeaux, Jonathon Semmes, Ryan Semmes, Sarah J. Prevost, Bryan Johnson, Brittany J. Richard, Blakeley John, Baily Aube, Emma Aube, Wyatt Aube, and Maddie Light; 41 great-grandchildren, 1 great great-grandchild, and numerous nieces and nephews. She was preceded in death by her loving husband, Donald A. "Boo" John; one grandson, Jason Kyle Stutes; her parents, Joseph Edward, Sr. and Leita Revere Addison; one sister, Laura Mae Williams; one brother, Joseph Edward Addison, Jr; her mother-in-law Ora Bourgeois Paul, father-in-law, Lee John, Sr., two sisters-in-laws, Ora Lee Ney and Audrey Addison; three brothers-in-laws, Lee John, Jr., Frederick M. John and John Ney; six nephews, Dwayne, Kurt and Chad John, Lynn and Mike Delon and Doug Williams. Pallbearers will be Brandon Thibodeaux, Jonathon Semmes, Ryan Semmes, Blakeley John, Joseph Dave Petitjean IV and Wyatt Aube. Memorial contributions can be made to: The Down Syndrome Association of Acadiana (DSAA) 234 Rue Beauregard Suite 203, Lafayette, LA 70508, http://Cdlsusa.org or St. Jude Children's Research Hospital, P. O. Box 1000 Dept 142, Memphis, TN 38101-9908. A special thanks to Dr. Mulraj Katira, Dr. Satinder Saini, Gretchen John, the staff at Hope Hospice especially Amy, Lakasha and Nicole. Words of comfort may be sent to the family at www.geesey-ferguson.com. Arrangements have been entrusted to Geesey-Ferguson Funeral Home, 301 North Avenue F, Crowley, LA 70526, 337-783-3313.