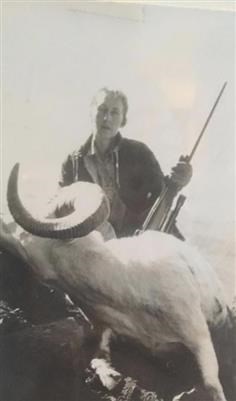 BORN
1929
DIED
2018
Lorene Ellis, 88, passed away on Friday, Jan. 19, 2018, just days shy of her 89th birthday. Born in Portales, N.M., to Curran Adolpus Johnson and Laura Terine Wahrmund, she spent her early years in Texas, traveling with her family to different ranches where her father worked as a cowboy.
Lorene met her husband William, "Bill" or "W.T.," Ellis when they were both children in Texas. They married as young teenagers and had their oldest child, Terry Allen Ellis, in 1944. Lorene and Bill made the move to Alaska in 1954, where Bill, who'd recently gotten his pilot's license, thought he could find work as a small plane pilot. Bill and Lorene supposedly flipped a coin to decide if they would move to Alaska or Australia, and Alaska won. They lived in Anchorage for several years and Lorene had three more sons: Lynn, Cole and Kirk. They eventually purchased and moved to the homestead site of Nabesna, located deep in the heart of the Wrangell and St. Elias Mountains and near the now defunct Nabesna Gold Mine.
The couple started their hunting and guiding business, Devil's Mountain Lodge, in 1959, which grew to be very successful. Lorene was an accomplished hunter, trapper and outdoorswoman. She raised her four boys almost singlehandedly, as Bill was often gone for long periods during hunting season. Lorene was the first woman to ever take a trophy moose, for which she was named the most successful big game hunter of the year in 1963 and awarded the prestigious Klineberger Trophy. Lorene always made it clear that their subsistence lifestyle and need to harvest meat did not negate her love for animals and wildlife. She was an ethical hunter with a heart for all creatures.
Lorene touched many lives over the years and had many friends. A gracious host, she was always there with a kind word, cup of coffee and a batch of her amazing homemade biscuits for those that needed it. She was most at home living her life in the mountains, eschewing "town" for the Alaska wilderness.
Lorene is survived by her four sons, Terry, Lynn, Cole and Kirk Ellis; her daughters-in-law, Christy and Gennie; grandchildren, Jody, Cathy, Ben, Nathen, Jesse, Isaac, Amanda, Zoe and Emily; and great-grandchildren, Taylor, Jerimiah, Canyon, Fischer, Christian, Shyla, Rylan and Amari. She was preceded in death by her husband, Bill Ellis; her parents, Curran and Laura; her sisters, Fay, Glenda, Patsy and Lowry; brothers, Curran and Curtis; and half-sisters, Thelma Jones and Cleo Bertand.
A celebration of life will take place later this summer at Devil's Mountain Lodge.
Published by Anchorage Daily News from Feb. 21 to Feb. 22, 2018.
To plant trees in memory, please visit the Sympathy Store.
MEMORIAL EVENTS
To offer your sympathy during this difficult time, you can now have memorial trees planted in a National Forest in memory of your loved one.
MAKE A DONATION
MEMORIES & CONDOLENCES
11 Entries
Terry, Lynn, Cole, and Kirk I was saddened to see this. Your Mom was such a special woman and will always hold a special place in my heart.Her suffering is over but her love will live with you forever
Patricia DeNardo Schmidt
March 5, 2018
To the Ellis Family, I always remember Lorene as such a kind and gentle lady. Thinking of you at this sad time.
Pamella Meekin
February 27, 2018 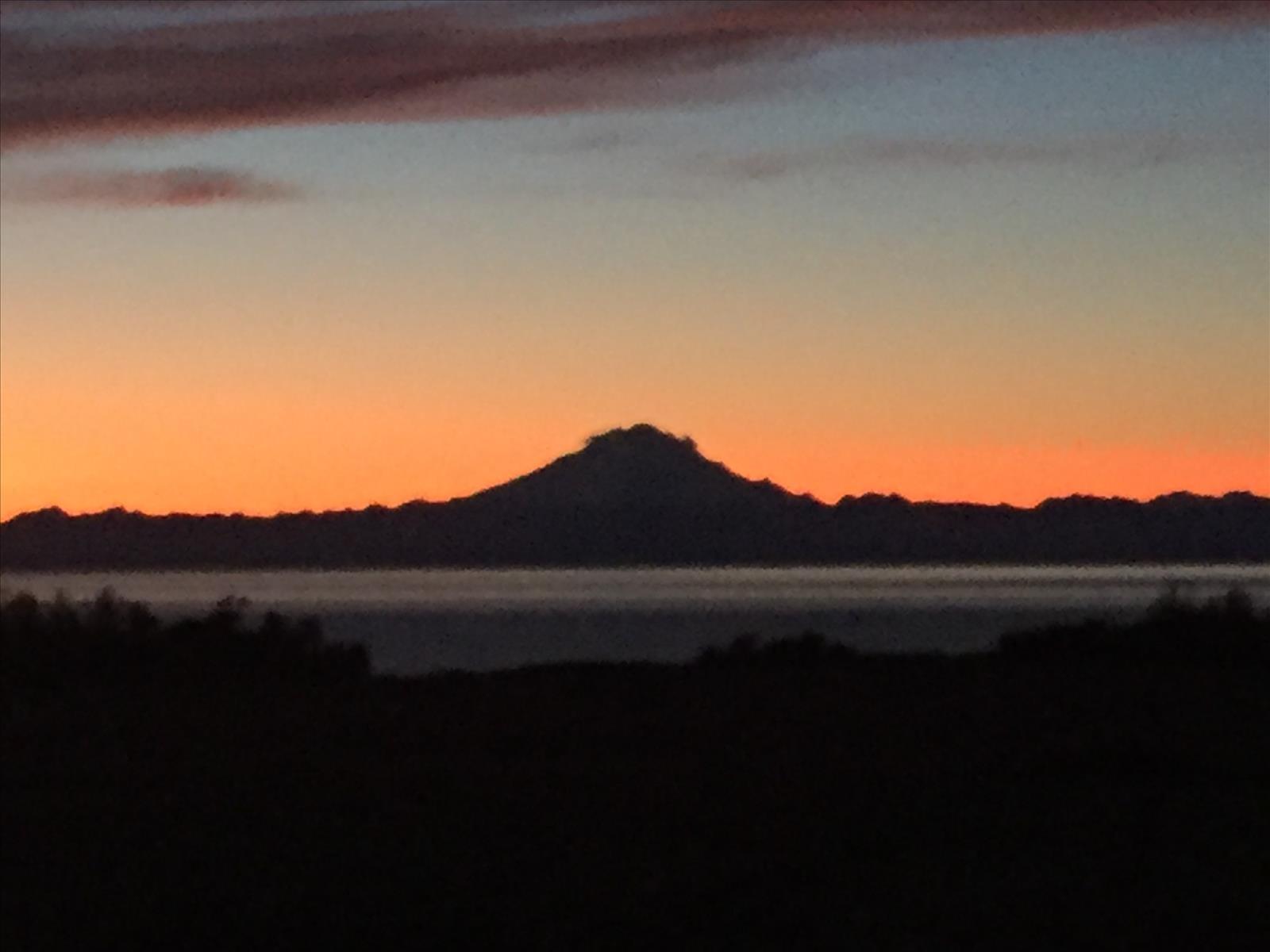 Chief Ellis: I have met many people out in the middle of no where in Alaska who knew your father. Your dad is remembered and respected in the Greatland. Your dad is the Alaskan we all wanted to be. I wish you and your family well. Hang in there. Your pal, Jim
Jim Kenshalo
February 25, 2018
To the Ellis Family: Please accept my deepest sympathies and prayers. Although its been about 30 years since the last time I was at the Lodge Ill never forget what a loving,cheerfull Lady your Mother was. Ive spent many nights there in my younger days and will always remember her.
Terry Tuttle
February 21, 2018
May peace be yours to bring comfort. May you have courage to face the days ahead, and loving memories to forever hold in your heart. May God continue to comfort your family (Psalm 9:9,10).
Gb
February 21, 2018
What does following Jesus' example in doing God's will involve? Jesus said to his disciples: If anyone wants to come after me, let him disown himself and pick up his torture stake and continually follow me. (Matthew 16:24) Here he outlined three things that we must do. First, we disown ourselves. In other words, we say no to our selfish, imperfect inclinations and yes to God's counsel and direction. Second, we pick up our torture stake.' In Jesus' day a torture stake was a symbol of shame and suffering. As Christians, we accept our part in suffering for the sake of the good news. (2 Timothy 1:8) Although the world may ridicule or reproach us, like Christ we despise shame,' happy in the knowledge that we are pleasing God. (Hebrews 12:2) Finally, we follow Jesus continuall
February 21, 2018
Grew up in Texas always hearing my mother Fay wanting to go to Alaska "next summer" to see her sister Lorene, her family & Alaska. Actually moved to Alaska in '72 & really got to know & love Aunt Lorene. What a lovely lady even in her every day attire of jeans & hunting boots. She was always so loving, helpful, giving, tho stubborn at times, and everyone knew to not make her mad. Aunt Lorene was such a wonderful person even as Alzheimer's slowly stole her from us all. What a lady!
Cleo Kline
February 21, 2018
May God's loving kindness comfort you and help you through this very sad time
Ps 29:11 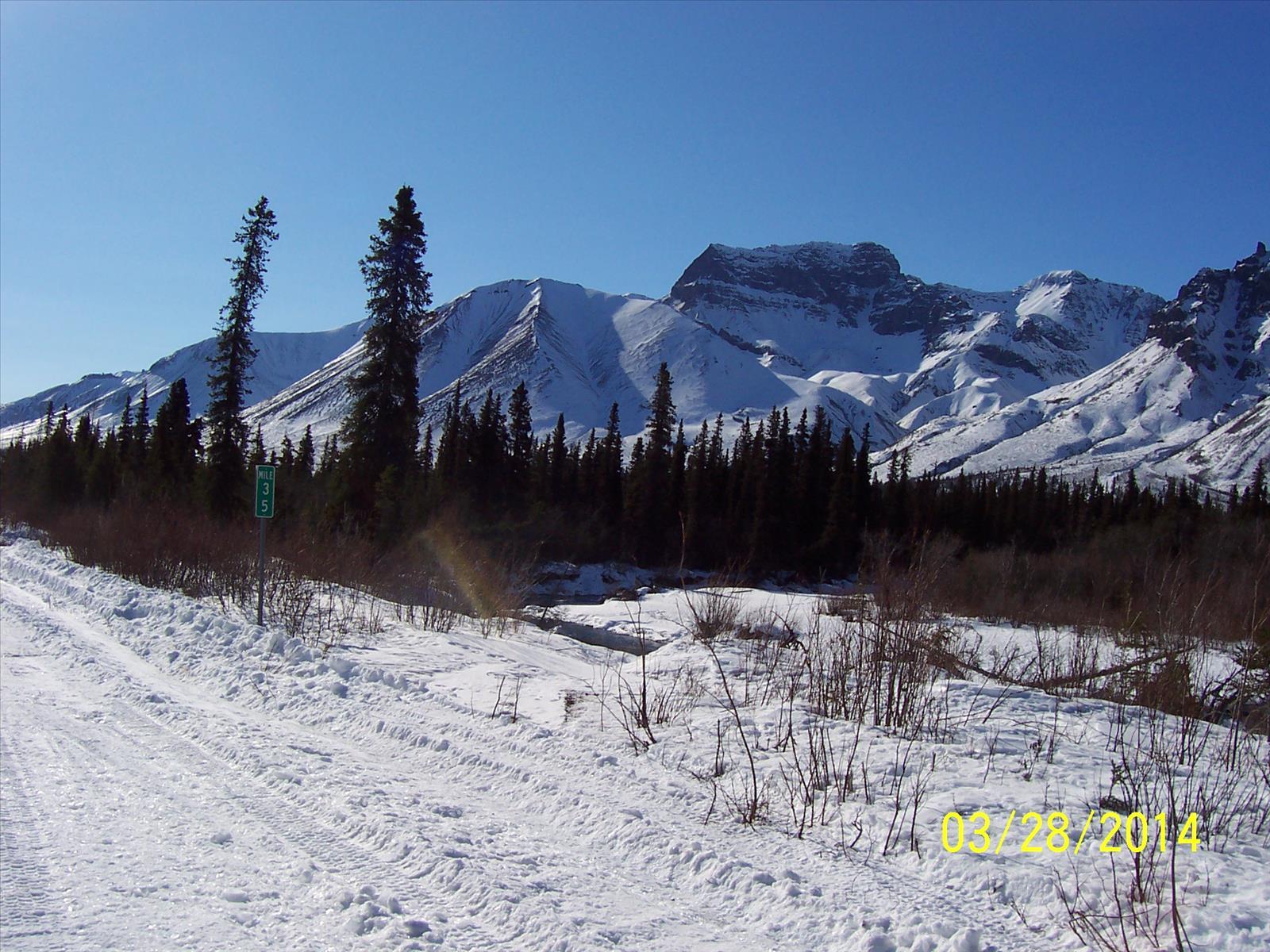 Our thoughts & Prayers to the family. It is with great privilege to have known this kind & good hearted person. Everytime invited in for coffee & a good conversation or to be ready to give you the shirt off her back at a moments notice. She will be truly missed.
Steve & Leah DeWitt
February 21, 2018
To the Ellis Family: My heartfelt sympathies go out to the family and friends during this difficult time. I hope that the promise in 1 Thessalonians 4:14 can bring comfort. Knowing that there's a hope for the ones we have lost in death can be so reassuring.
February 21, 2018
With heartfelt sympathy for your great loss. May the God who "binds up the brokenhearted" and "comforts all who mourn" sustain your family during this challenging time. (Isaiah 61:1,2)
February 18, 2018
Showing 1 - 11 of 11 results