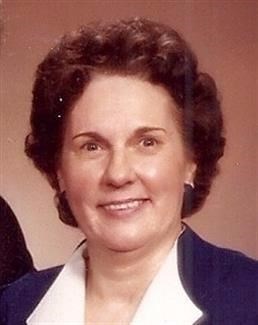 BORN
1922
DIED
2017
FUNERAL HOME
Kehl's Legacy Funeral Home
11621 Old Seward Highway
Anchorage, AK
Florence Esther Williamson Schlegel, 94, passed away at her home in Anchorage, Alaska, on Nov. 22, 2017. Born in Herrick, S.D. and raised outside of Rapid City, S.D.
Florence was an adventurous woman, first moving to Los Angeles, Calif. right after high school. She then lived in New York City, N.Y. After a few years, she moved back to Los Angeles, where she met her lifelong love, William "Bill" Schlegel, who she married in Tijuana, Mexico on Oct. 23, 1948.
In 1950, Florence and Bill moved from California to the territory of Alaska and set up residency in Anchorage. Florence and Bill joined the Church of Latter Day Saints in 1956 and remained active members. In 1959, the family homesteaded in Goose Bay, Alaska, where Florence was known to have shot three black bears. She loved Alaska for all its majesty.
Florence had a passion for serving her community. She was a Mt. McKinley Lioness, involved in organizing the Miners & Trappers Ball for over 50 years, and was a lifetime member of the Anchorage Ski Club and Pioneers of Alaska.
Florence was preceded in her death by her husband, Bill; and her three siblings. She is survived by her three children, Pamela Svendsen; Bonnie; and Billy Schlegel; her eight grandchildren, Andrea, Blake, Pilar and Chase Svendsen; Nicole Shaffer, Michael and Jesse Layton; and Breann Schlegel; and three great-grandchildren, Sienna and Colton Shaffer; and Averie Layton.
Florence will always be remembered for the love she showed for her family and community, for her polite charm, and for her surprising sense of humor. She will be missed.
Services are scheduled for Saturday, Dec. 2, 2017, at the LDS-Maplewood Chapel, 2551 Maplewood, Anchorage, Alaska. Visitation will be at 10:00 a.m., service at 12:00 p.m., and open house a 1:30 p.m. In lieu of flowers, the family requests that a donation be made to the charity of your choice.

To plant trees in memory, please visit our Sympathy Store.
Published by Anchorage Daily News on Nov. 28, 2017.
MEMORIAL EVENTS
No memorial events are currently scheduled.
To offer your sympathy during this difficult time, you can now have memorial trees planted in a National Forest in memory of your loved one.
Funeral services provided by:
Kehl's Legacy Funeral Home
MAKE A DONATION
Please consider a donation as requested by the family.
MEMORIES & CONDOLENCES
4 Entries
I remember the Schlegel family very well in the good old days up at Arctic Valley. Bill was on the Anchorage Ski Club board of directors in the 1950's & 60's, and served at least one term as club president, and Florence was a great supporter of the club as well. Florence was just a really lovely person, and I very much enjoyed our talks. I look back on those days with fondness. My condolences to the family.

Shirley Luedke
Shirley Luedke
December 17, 2017
Great lady..a pleasure to have known her...
William Fell
December 2, 2017
During this time of great sorrow and pain, know that you are not alone. May God give your family strength and comfort to help you endure this loss. As you remember your beloved one, may our Father, the God of peace, give you comfort and peace in every way today, tomorrow, and always. Please accept my sincere condolences. 2 Thessalonians 3:16
November 30, 2017
I wrote a paper for my Women in History class at Sac. State on my Aunt Florence. It read like an adventure story. She was so enjoyable to interview and talk with. A woman who made great peanut butter cookies and you could walk downstairs to stand on a huge bear rug made from 1 of the bears she had shot. A woman comfortable in the kitchen or with a gun or a fishing pole or ski poles in her hands. A life well lived. I hope I can be even a measure as dynamic in my lifetime as Aunt Florence.
Shari Marina Marr
November 29, 2017
Showing 1 - 4 of 4 results