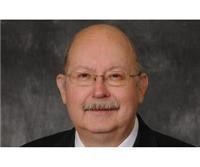 BORN
1956
DIED
2019
Fritz Hahn, 63, of Anchorage, Alaska, passed away on July 30, 2019, at Providence Hospital. His passing will leave a void in the hearts of many.
Fritz was born on April 26, 1956, to Eagle River, Alaska, homesteaders Fredrick Henry Hahn IV and Darlene Barnhart Hahn. He was born at Old Providence Hospital off the Park Strip in Anchorage, in the Territory of Alaska. Fritz was born to a long line of pioneers and grew up in the wilderness. His mother's family had traveled by covered wagon to homestead in Ohio. His father's family started what was to become Gold Medal Flour; established the first ranch in Lubbock, Texas; built all the stone bridges in Philadelphia, Pa.; helped found Penn Central Railroad; designed the firing mechanism for the atomic bomb; and did the research for medical use of radioactive isotopes. Fritz's father, a World War II veteran, came to Alaska in 1950, to establish a homestead in the Eagle River Valley marked by the "Yellow Rock" on Eagle River Road, and it was the last of 12 homesteads on the road for many years. As Fritz grew up, so did the Valley and Alaska.
Fritz had a lifelong enjoyment of the wilderness, hunting and fishing. His meat lockers at 10th and M were always full in the fall. Fritz was much appreciated on wilderness expeditions as he was a par excellence camp cook. Fritz loved the finest wine and feast, and was quick to provide the wine and prepare the feast. One of his favorite recipes was very finely chopped moose - that he harvested - and vegetable chili, spending hours in the preparation. Fritz relished his time with his lifelong friend Len Kelly at a cabin on Alexander Creek at the base of Sleeping Lady, and was gearing up to go there when he became ill. Fritz also spent many happy hours with his friend Dave Wensel at Dave's cabin on the Kenai Peninsula.
Fritz's love of travel led him and the love of his life, Anne, to Italy, Greece, Croatia, Ireland, Iceland, Bora Bora, Central America and the Caribbean, with plans for more travel in the future.
Fritz was an avid reader, researcher and historian. His knowledge will be sorely missed by his friends and colleagues. Fritz was also an accomplished ballroom dancer.
Fritz was enthusiastically the watcher-over of his sister Dawn and brother-in-law Christopher's passages in their small sailboat crossing oceans around the world. He precisely charted each day's progress report via ham or sat phone to be ready if position reports stopped so he could hail search and rescue. He spent time on the sailboat in Mexico.
Fritz graduated from Chugiak High School in 1974, and from Willamette University in 1978, with majors in psychology and political science. He obtained a Juris Doctorate from the University of Oregon School of Law in 1981. While at the University of Oregon, Fritz was a Special Managing Editor of the Oregon Law Review.
Fritz was admitted to the practice of law in Alaska in 1981. He served on the staff of then-United States Senator Frank Murkowski in Washington, D.C., from 1981-1983, before entering into private practice in Anchorage. Fritz joined the firm of Brena, Bell & Walker in 2006, where he was loved and respected. He practiced there until his passing. His practice emphasized pipeline and utility regulation. Fritz was also admitted to practice before the United States Court of Appeals for the District of Columbia Circuit and the United States District Court for the District of Alaska.
Fritz was a member of the United States Electoral College and an elector of the President and Vice President of the United States for the 2004 election.
Fritz is survived by his sister, Dawn M. H. Emery; her husband, Christopher; and his lifetime love, Anne Woolsey. He was preceded in death by his father and mother.
A celebration of Fritz's life will be held on Aug. 10, 2019, from 2 p.m. to 5 p.m., at the home of Robin and Barbara Brena, 960 Coral Lane in Anchorage. In lieu of flowers, the family suggests donations to the Alaska Bar Foundation, P.O. Box 100279, Anchorage, AK 99510-0279.
Published by Anchorage Daily News on Aug. 8, 2019.
To plant trees in memory, please visit the Sympathy Store.
MEMORIAL EVENTS
Aug
10
Celebration of Life
2:00p.m. - 5:00p.m.
Robin and Barbara Brena
960 Coral Lane, Anchorage, AK
MAKE A DONATION
MEMORIES & CONDOLENCES
Sponsored by anonymous.
9 Entries
Fritz was a gentleman and truly someone I considered a friend. But like many friends, we did not say hello often enough. I met him decades ago in Washington, D.C. and being a respectful and kind person is rare in that town, but he was. My condolences to his family and friends.
jon devore
August 20, 2019
RIP Uncle Fritz. I'll always love you and miss you.
Mariah Block
August 15, 2019 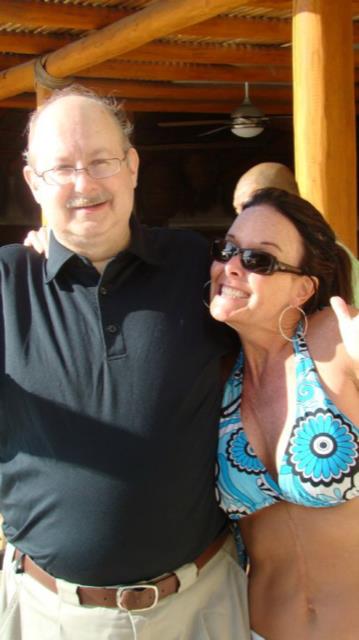 Mexico
August 12, 2019
RIP Fritz! Forever a great conversationalist and good friend. Our trip to Stacey and Jon's wedding in Mexico will always be a favorite trip. May you jump in the pool (in your suit!) in Heaven! Love always, Christine Redick
August 12, 2019
You are sorely missed dear man. Elaine Houchen
August 12, 2019
I always thought you were the best guy and am so sorry to hear. My condolences to your loved ones.
Carol Vickstrom
August 11, 2019
Fritz: colleague, fellow historian, mentor, friend. You leave a big hole in our hearts. I trust you are ballroom dancing with the angels. We'll make a toast in your memory every Friday.
Jeanne McPherren
August 9, 2019
Bon voyage Fritz. I am glad to see that you had a fruitful life.
In 1973 or 1974 Fritz would pick a few of us up at the bus stop on the Eagle River Loop with his very loud Volkswagen and chauffeur us to Chugiak High.
You could hear him coming for miles (no muffler).
Fritz came within inches of losing his life in a terrible car accident on the Seward Highway, which took two of our friend's lives.
I am glad he survived and was able to enrich so many other lives.
Condolences to his family and friends. He is a good man.
Bill Van Valkinburgh
August 9, 2019
Rest In Peace Fritz. I always loved talking to you about history. You always shared your champagne with me at Suite 100. You will be missed.
Tina Cole
August 9, 2019
Showing 1 - 9 of 9 results