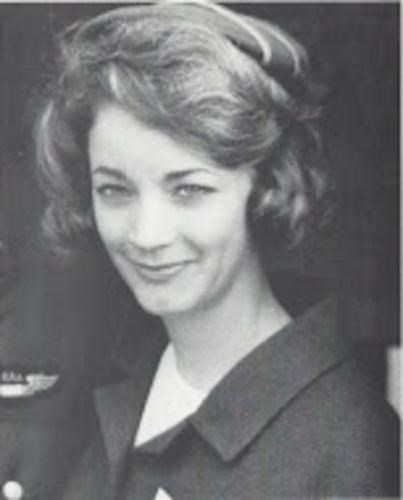 BORN
1943
DIED
2015
Janice Mae Reeve Ogle, 72, passed away of natural causes at home in Anchorage on Oct. 13, 2015. Janice was born on April 16, 1943, at old Providence Hospital in Anchorage, Territory of Alaska to Robert "Bob" and Janice "Tilly" Reeve. She graduated from Anchorage High School and then the University of Alaska in Fairbanks, earning a BBA. During the course of her studies, she moonlighted as a stewardess for Interior Airways. Following graduation, she joined Reeve Aleutian Airways and flew over 10,000 hours for her airline. Her travels were extensive, broad-ranging, and full of fun! As the years passed, she moved on to airline management, finishing her career as Vice President, In-Flight Services, Corporate Secretary and member of the Board of Directors of The Reeve Corporation and its subsidiaries. In January 1972, she married William E. "Bill" Ogle in Las Vegas, Nev. They resided in Anchorage, Alaska until his untimely death in 1984. Janice was a lifetime member of the Alaska Aviation (Heritage) Museum, Alaska Airman's Association, and the Museum of the Aleutians. Janice loved flying and jumped at the chance to take a joyride with whomever offered! Her other interests included traveling, reading, writing, gardening, berry and wildflower picking, beach combing and spending time at her home in Cold Bay, Alaska. One of her favorite pastimes was attending Polar Bear Plunges throughout Alaska. She made annual trips to many Alaskan towns to participate in the fun and support the fundraisers. She had taken the "plunge" from Barrow to Juneau, and multiple towns in between. She was affectionately known as "Aunt J" by her treasured nieces and nephews. She will be remembered as adventurous, witty, generous, caring, gregarious and kind. What a Lady! She was preceded in death by her husband, Bill Ogle; parents, Bob and Tilly Reeve; and sister Roberta Reeve Sheldon. She is survived by her three brothers, Richard, David and Whitham Reeve; many treasured nieces and nephews; and by lifelong friend Willi Hopson. Her ashes will join her late husband's in Cold Bay, Alaska. Bon Voyage, JRO! R.I.P. In honor of Janice, her family will be hosting a "Going Away Party" at the Alaska Aviation Museum on Friday, Nov. 13, 2015, from 5 p.m. to 8 p.m. Please come say Goodbye.
Published by Anchorage Daily News on Nov. 10, 2015.
To plant trees in memory, please visit the Sympathy Store.
MEMORIAL EVENTS
To offer your sympathy during this difficult time, you can now have memorial trees planted in a National Forest in memory of your loved one.
MAKE A DONATION
MEMORIES & CONDOLENCES
Sponsored by Stanley C. Ingison.
31 Entries
Janice was my guiding light when I was a stewardess for Reeve Aleutian Airways in early 1970's flying the enchanting Aleutians. I am sad I will not be able to reconnect with her during my first trip back to Alaska this year...hopefully if Covid-19 allows travel to resume. Janice always was kind and professional, with an engaging enjoyment for life. I'll never forget our quest to find a Puffin egg!

Karol (nee Grob) Mulla
Coworker
February 8, 2021
I lived and worked in Cold Bay in the 1960s for RAA and got to know Janice and her family quite well during that time. There was no doubt that she was special even at that young age. Condolences to the family and RIP,Janice.
Michael Rasmussen
November 18, 2015
I met Janice while working for Reeve Aleutian Airways on Adak, Ak. 1986-1989.
Lot of great memories. RIP Janice
Judy Roberts
November 14, 2015
A legend to all who knew her. I had the pleasure of knowing Janice as a friend, colleague and collaborator with Wien Airlines back in the 80s inflight safety. Met her on my first (DC-6) RV trip to St Paul Island as a tourist 1970. We of course weathered in for a number of days...friendships bloom on the Chain like this all the time, in this case a lifetime.
Greg Galik
November 13, 2015
Janice is forever in memory. She welcomed this old military guy, late to the world of commercial aviation at RAA, with warmth and humor. I loved the office banter with her..I could always get an hearty laugh out of the corniest of puns. She welcomed us to her Cold Bay castle...what a treasure to the history of Alaska and the world of aviation...it should be transported in whole to the Smithsonian! Fun..fun..fun lady! And now dear Janice...may the God of all mercy transport you into His eternal presence..even as you remain firmly engrained in our hearts.
Phil and Brenda Bray
November 13, 2015
Virginia Pitts
November 13, 2015 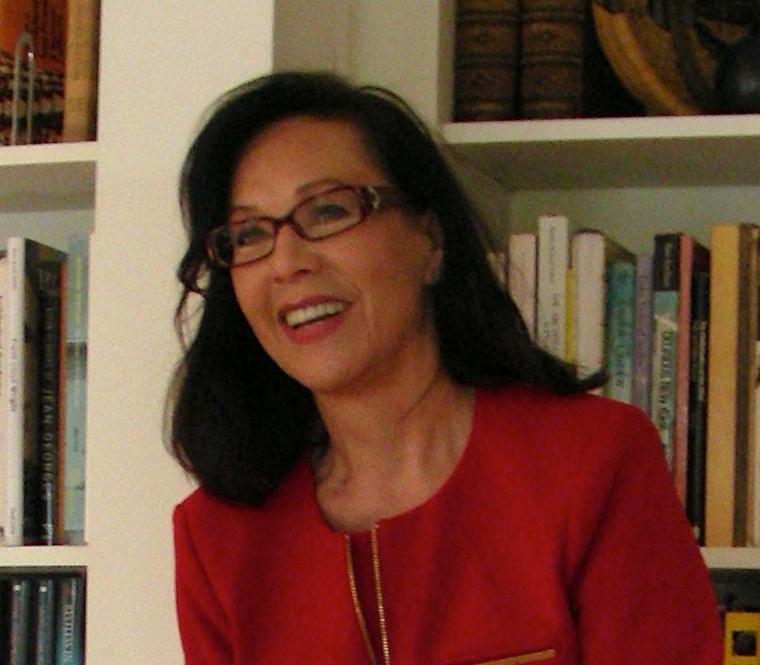 I met Janice in 4th grade at Denali Elementary and she invited me home to meet her ducks. We graduated from AHS in 1961 and attended UAF for the next four years. She was so bright and such fun...
Jan Petri Haines
November 13, 2015
We knew Janice while students at UAF, and later flew with her many times while teaching on St.George and St. Paul. It was always a pleasant flight with her on board. Bill, Genie and Steff Browne
Bill Bbrowne
November 13, 2015
I'm certain Janice will be missed by all who came in contact with her. I feel blessed to have been a classmate from 1950-1961. I treasure the one time I was invited to walk home from Denali Grade School with Janice and beIntroduced to her Mother MRS.(Tilly) Reeve who served us cookies.
Stephen Scott Johnson
November 13, 2015
So sorry to hear of Janice's passing. Every time I look at the wild flowering plant that we dug up together while at Adak that is now growing in our garden in ANC, I think of her. She was a grand lady and a memory maker for sure. Condolences to the Reeve family.

Roger and Katherene Orth Showers
Roger & Katherene Showers
November 12, 2015
Janice was one of my very first friends in Anchorage High School, Class of '61. I regret not having re-connected with her at a reunion. Rest in Peace. Joanna Cravey Hutt, Tuscaloosa, Alabama
Joanna Cravey Hutt
November 11, 2015
Such a special and unique lady. I'm so grateful to have known Janice and shared so much with her. My thoughts and prayers to the Reeve family and all who loved her. May she have fair skies and calm winds.
Thais Meyer
November 11, 2015
Janice, not a person to forget. Her legacy will live on with those of us who started with her in the 11th and Cordova neighborhood and went on from there. Always a kind friend. Terry Dale.
November 11, 2015
When I first started working for Reeve (RV) in 1999 I'll never forget meeting Janice (JRO) for the first time. She asked me "Are you from St. Paul"?. I said "Yes ma'am I am". She responded "Perfect. You'll do wonders here".
Terrance Stepetin
November 10, 2015
I'll never forget meeting JRO for the first time at the Reeve (RV) hanger when I first started working for Reeve Aleutian Airways in 1999. She said "You're from St. Paul aren't you"? I said "Yes I am ma'am". She then said "Perfect, you'll do wonders here with us".
Terrance Stepetin
November 10, 2015
I was a shy Russian girl when I first met you and during our interview we laughed and I knew that I wanted to work for Reeve. I have never regretted for being part of the Reeve family. Thank you for your smiles your great sense of humor and your encouraging wisdom. Memory Eternal. Rest in Peace. Keep on Flying!
Olempiada Anfilofieff
November 10, 2015
Janice was such a viacious and witty lady! Every time she came to Unalaska, she would hunt me down to see what new woodblock print I was working on. A strong supporter of Alaskan art, she will be missed.
Carolyn Reed
November 10, 2015
Janice will be remembered for her adventurous spirit and love of Alaska..we shared the fun of Denali School, the Statehood Bon Fire, the ice rink on park strip and bumping in to each other at airports everywhere. My sympathies to the Reeves,
Carroll Madden Knutson
Carroll Knutson
November 10, 2015
From 1999 to 2002 I was the Curator at the Museum of the Aleutians and enjoyed meeting and then working with Janice on our 'flying' show in 2001 - 'The Air Route Nobody Wanted'. She was a wonderful open and friendly person, so glad I got to know her for a short time. Janice, fly well on your next venture...
Anne Rowland
November 10, 2015
Rest in peace, Jannie Mae! xo. Shari O'Donnell Cartee
November 10, 2015
My condolences to the family. I as blessed to get to travel a lot with her wen I was younger. She showed me my 1st 4 leaf clover in her yard. Rest In Peace Aunty J. ~Freddie
Fredrica Johnson
November 10, 2015
I first started working at RAA in 1976-77 as a KCC (King Career Center) Tourism student, training at the ticket counter. I was rehired in 1979 and stayed till 2000, when sadly, the doors closed. This was the only career I had where the Reeve family welcomed many who joined the airline "team" and many of us enjoyed working there. Whenever I had to go to the 3rd floor of the hanger, near the Operations Dept., you could hear JRO's hearty laugh from down the hallway. I enjoyed boarding & meeting flights and waving to her from the bottom of the stair truck when it was okay for passengers to deplane. If you ever got caught for trying to squeeze an oversized hand carry in the overhead compartments, the plane wouldn't taxi until you surrendered the culprit! She taught her flight attendants well! See you later in the clouds, Janice! Hugs to you all during your time of sadness. Keep her spirit alive in your hearts!
Mareldine (Hunter) Leuer
November 10, 2015
Janice
Wiill be missed by all who new her; I will always remember her calming me down on bumpy flights into Unalaska/ Dutch Harbor. She also always helped out and contributed airline tickets for many of are fund raisers. She was s great lady my condolences to the Reeve family. God Bless Frank Kelty
Frank Kelty
November 10, 2015
Remember her from U AF and many times we crossed paths in sw Alaska. RIP.


George Tibbetts Naknek
George Tibbetts
November 10, 2015
She was a wonderful person, Memory Eternal Janice. You will be missed When she would come to Unalaska it was always to wonderful to see her.
Kathyd Dirks
November 10, 2015
It was great to have met you and be on many flights you were on to and from SNP. Yes, you loved picking flowers.
A friend to many. May your memory be eternal.
Marfa Rukovishnikoff
November 10, 2015
I lived on St. Paul Island and as such flew RAA often. When she was working it was always a pleasure flying. She was kind, courteous and a friend. I had seen her in my travels throughout the Aleutians. Always thoughtful. She will be missed. May God grant her memory eternal.
George Pletnikoff
November 10, 2015
So sad to go so young. Alaska is proud of her. Rest in peace.
Dianne Roberson
November 10, 2015
Sorry to hear of Janice leaving us. We had good times in Anchorage growing up together, the aviation community will miss her, the Reeve legacy will live on.
John Schwamm
November 10, 2015
I remember Janice going along as a flight attendant on our flight out to Attu for the 50th anniversary observances of the recapture. She didn't want to take up a seat that could accommodate a veteran (of either side), or an Aleut internee or descendant. She will be missed.
Chuck Diters
November 10, 2015 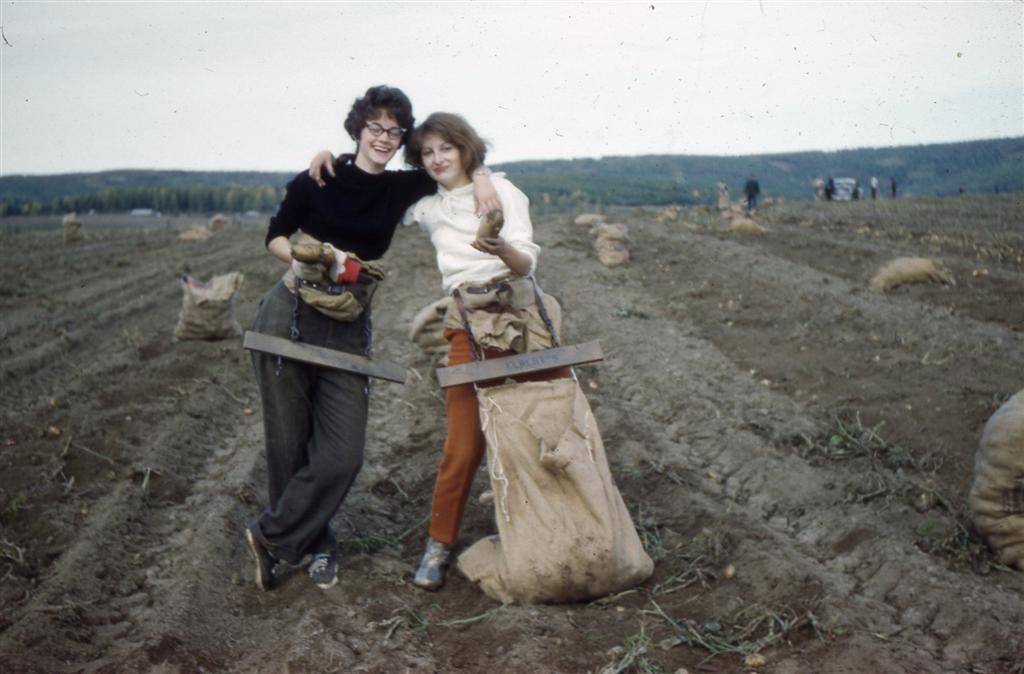 I'm pretty devastated. So many memories of vivacious, gifted Janice. All of my growing up with her next door! We were such pals. See photo of us harvesting spuds when we were at college up in Fairbanks. Love to her brothers. Averill
Averill (Roberts) Horvath
November 9, 2015
Showing 1 - 31 of 31 results